"Him So Darn Cute" 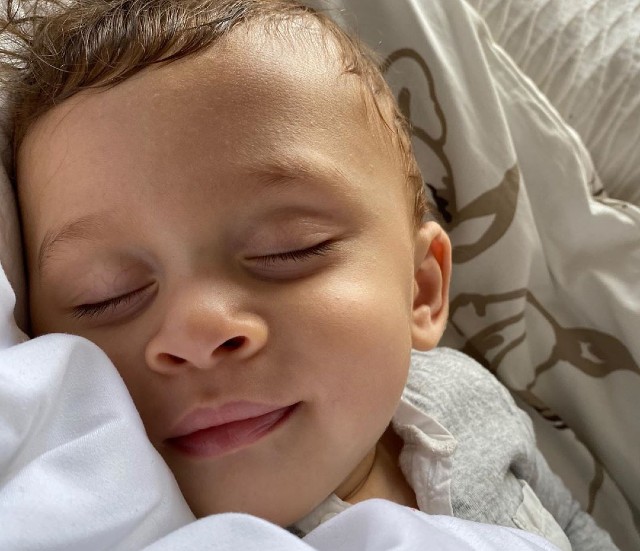 Chris Brown’s son, Aeko Brown, is everything you need to get your week on course. The little one’s mom, Ammika Harris, and dad shared new candids and video clips of their little one this past weekend.

One video clip of Aeko was especially cute as it featured the youngster dancing to his father’s music. “Pamper Breezy,” Chris wrote in response to his son’s cool moves.

Another video clip showed Aeko resting beside his mom. The youngster leaned in to give his mom a kiss, which caused Aeko to abandon his pacifier for a moment of love. “Him so darn cute,” one fan said after seeing a candid of Chris Brown and Ammika Harris’ son giving the camera the cutest expression. “He’s beautiful,” another social media follower agreed.

Fatherhood continues to change Chris Brown for the better. It was just a few months ago that an insider told Hollywood Life exclusively how becoming a parent helped Chris settle his issues with Drake.

“Chris has changed a lot over the years for the better, and that is thanks to being a father,” the family friend revealed.

“To be friends with Drake again — to collaborate with him and bury the hatchet — is such an amazing thing for Chris because he wants to prove he is a better man,” the insider explained.

“Making friends with past enemies should show that he is getting better,” the family friend continued. “He looks forward to a great friendship with Drake moving forward. He feels it is best for everyone, and they can learn from each other and help each other out now that they are much more mature.”

Aeko is Chris Brown and Ammika Harris’ only child together. Chris has two kids in all. Stay tuned for more celebrity father news!

KEVIN HART'S WIFE, ENIKO HART, IS IN HER THIRD TRIMESTER

KEVIN HART'S WIFE, ENIKO HART, IS IN HER THIRD TRIMESTER