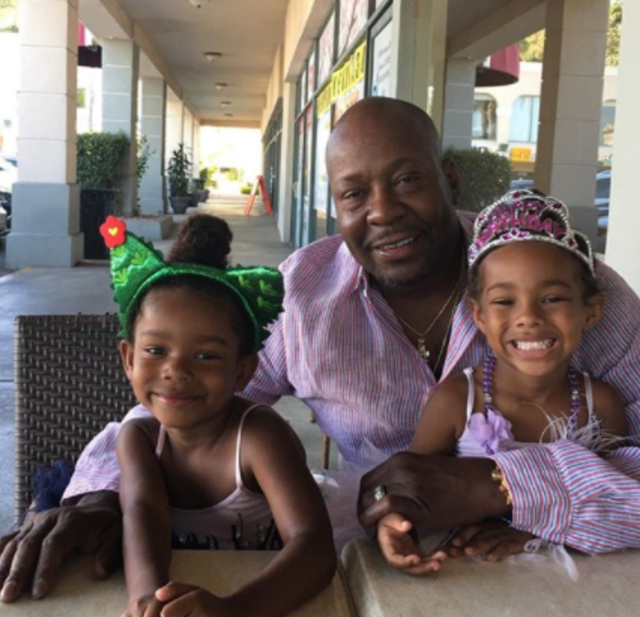 Bobby Brown and his wife, Alicia Etheredge, are enjoying time with their kids. The celebrity couple celebrated their daughters birthdays a few days ago.

Bodhi and Hendrix are not twins but, rather, share the same birth month. Hendrix celebrates her fourth birthday on July 21, 2020. Bodhi, on the other hand, commemorated her fifth birthday on July 9, 2020. Bobby Brown and Alicia Etheredge decided to celebrate their daughter’s special days together this year with a day of dining out.

“Me and my two little beautiful birthday girls,” Bobby Brown captioned underneath a candid of him sitting with Bodhi and Hendrix. “Beautiful family,” one fan wrote in reply to Bobby Brown’s candid with his daughters. “Legend,” another social media follower said.

Bobby Brown is building a legacy of philanthropy with his family by his side. It was just a few months ago that Bobby and his wife held the third annual Golf Gala and Tournament charity event held in support of The Bobbi Kristina Serenity House in Woodland Hills, California. Bobby had the support of all of his children at the event, which honored the memory of his late daughter, Bobbi Kristina Brown.

Bobbi Kristina died in 2015, after a domestic violence incident with her ex-boyfriend, Nick Gordon. Fans were devastated to hear of Bobbi Kristina’s death because of the young adult’s late mother Whitney Houston’s passing in 2012.

“The foundation started in 2015 with the passing of my daughter, Bobbi Kristina,” Bobby Brown shared during the Golf Gala and Tournament last year. “I felt there was something that needed to be done about domestic violence because that’s how she passed.”