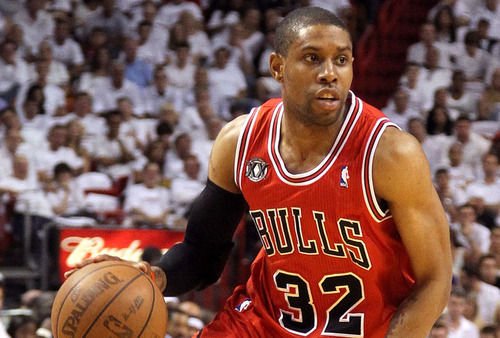 Have you purchased a copy of CJ’s Big Dream or CJ’s Big Project yet?! You have no excuses you got plenty of time to read an exciting, inspiring story to keep their minds active and engaged. Get them now it’s a must read for the kids. Link is in bio

“It was just a random idea I had to challenge myself and try to push myself. I want to try to continue to be an inspiration,” says Watson. “Playing in the NBA is an inspiration to kids. But I wanted to continue to offer kids knowledge and tell my story through books. Kids are the next generation of leaders. They’re the next entrepreneurs, doctors, lawyers. Some kid will grow up to be President. I just wanted to try to share some gems and drops of knowledge. I want to try to propel little boys and girls and let them know it’s OK to shoot for their dreams and to dream big.”

Written in collaboration with author Tamika Newhouse and illustrated by artist Cameron Wilson, Watson’s books are based on his own experiences growing up in Las Vegas as he strove to achieve his dream of playing in the NBA. “These are true stories,” Watson said. “I made it to the NBA after growing up in the inner city and not having the same resources or same chances as some. Growing up, seeing graffiti, abandoned houses, drugs, gangs, it can be discouraging. But I had a great support system that kept me focused on my goal.”

Happy Mother’s Day to the super hero’s in my life. Thankful for all you do each and everyday. It doesn’t go unnoticed. Without you we would be lost. 💝🌹🙌🏾

C.J. Watson has two children with his wife, Danielle and they are currently expecting a third. Watson is also expecting to release at least one more book. Although it isn’t the most profitable project, Watson writes his books to inspire children the same way he did as an NBA player. “Unless you’re a big-time children’s author, you probably won’t make a living at this,” says Watson. “But I just did it to inspire kids and challenge myself. It’s kind of like the NBA. I never thought I’d make the NBA.  But lo and behold, I worked hard enough and got there.”

Love to get reviews like this about my books. Means the world to me that kids are enjoying the books 📚 and find it fun to read also. If you haven’t picked up your copy yet go grab it now!!! Keep the reviews coming!! Link in the bio. #HDTheGoat #InspireOthers #DreamBig #CJsBigDream #CJsBigProject #BlackAuthor #BlackIllustrator #BlackWriter