VIDEO SHOWS JUST HOW MUCH USHER’S KIDS HAVE GROWN

"Usher Does Not Age" 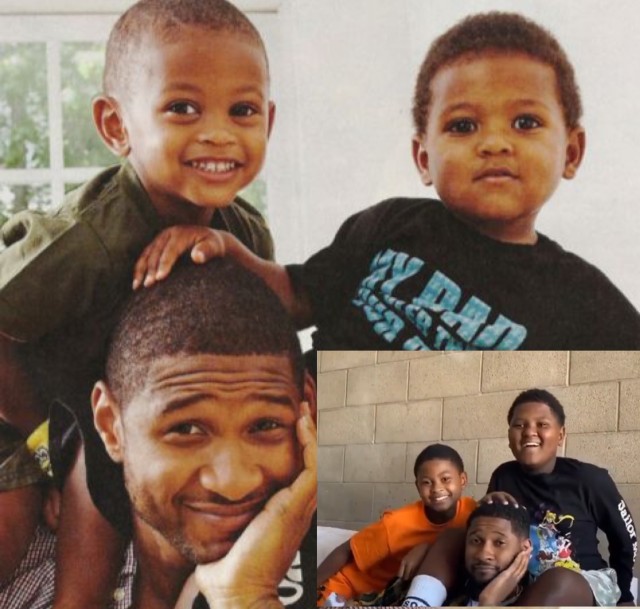 Usher’s kids are growing by leaps and bounds. The ‘I Don’t Mind’ singer recently shared a TikTok video that spoke of his sons’ coming of age in Hollywood.

In the video, Naviyd and Usher V re-created a moment in time that featured the boys leaning on their father. Just as when Usher’s sons were younger, and one sat on the recording artist’s shoulders while the other leaned into him, Usher V and Naviyd took their positions as shown in the old photo to create a cute moment.

Usher ‘s sons have grown up before our eyes. @usher #usher #fatherhood

Usher does not make it a point to broadcast every moment of his personal life. The celebrity father did, however, set the record straight when his sons’ mother accused him of being an absentee father three years ago.

“Absentee from the aspect of having to go and work, that probably would be her version or idea of what absentee would be,” Usher shared during an interview. “But no, I’m not an absentee father at all,” the celebrity father declared. “I was born to do what I’m doing as a dad. I realized that once I had a child. When I had them, that was when they became a priority.”

Cabin Fever #familytime #tiktok #lol #fliptheswitch #challenge 🏠🤸🏾🎚 Comment below some of the other challenges we should try? 🦠🧴🧻🧻🧻🧻