Home » YOUNG STARS » MEET KEVIN DUKES, THE FOURTEEN-YEAR-OLD WITH A BIG VOICE ON “AMERICA’S GOT TALENT”

MEET KEVIN DUKES, THE FOURTEEN-YEAR-OLD WITH A BIG VOICE ON “AMERICA’S GOT TALENT” 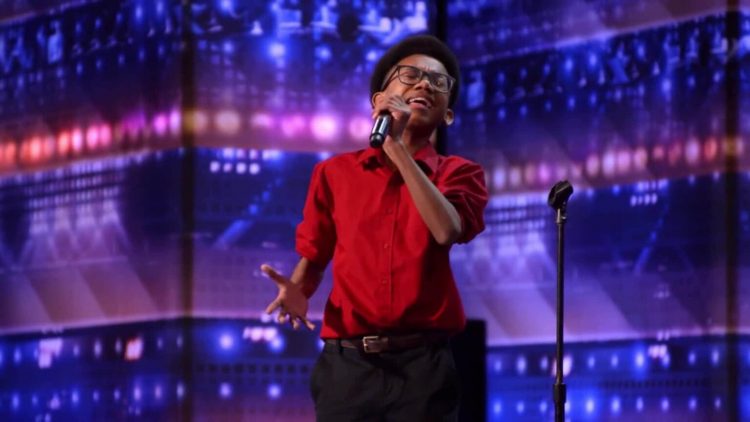 Montgomery County Public Schools in Rockville, Maryland has a budding superstar in their freshman class. Fourteen-year-old Burtonsville native, Kevin Dukes made his way through the first round of America’s Got Talent and it is looking like his talent will take him on a journey straight to the top!

With his rendition of Aretha Franklin’s “Ain’t No Way,” the talented teen received four “yes” votes, sending him to the next round.

Simon Cowell told the young rising star that he had “a special talent,” during his audition, and of course, he is one hundred percent correct. Originally wanting to be a dentist, in addition to being a singer, Howie told Dukes that it was “no to dentistry, and a yes to singing.”

Dukes has been singing since the age of three, eventually becoming a sought-after performer throughout his hometown and beyond. In 2018, Dukes entered and won first place for vocals in the Montgomery County’s “MoCo Got Talent” Competition and was asked to perform at the County’s Council of PTA’s Annual Celebration of Excellence, getting a nod from a very famous voice in the industry.

In addition to his 104K Instagram fans, Dukes is unquestionably a local celebrity and has added several prominent local officials to his long lists of fans who haven’t hesitated to cheer him on during his AGT run.

So thrilled to see local singing sensation Kelvin Dukes lighting up the @AGT stage and sharing his remarkable talent with the world. Thinking back when he gave me chills as I listened to him perform at our Countywide MLK Day Celebration “Children of the Dream.” He’s a super star! pic.twitter.com/6fgVPlZn0J

Kelvin Dukes, the cool dude in the middle, was on America's Got Talent last night and gave an incredible performance — earning a standing ovation from judges @SimonCowell and @SofiaVergara.

However, being a talented vocalist isn’t the only thing that Dukes has up his sleeve. He is also a budding songwriter and composer as well. When not flexing his muscles in the music arena, Dukes is an aspiring actor, model, and budding philanthropist. The sky is unquestionably the limit for this diversely talented young man.

Make sure to join the thousands that are already following him on Instagram to make sure that you don’t miss one minute of his amazing journey. We cannot wait to see what’s next for him. It will without question be nothing less than amazing.

RAY ALLEN IS TRAINING HIS KIDS ON HOW TO BE CLUTCH