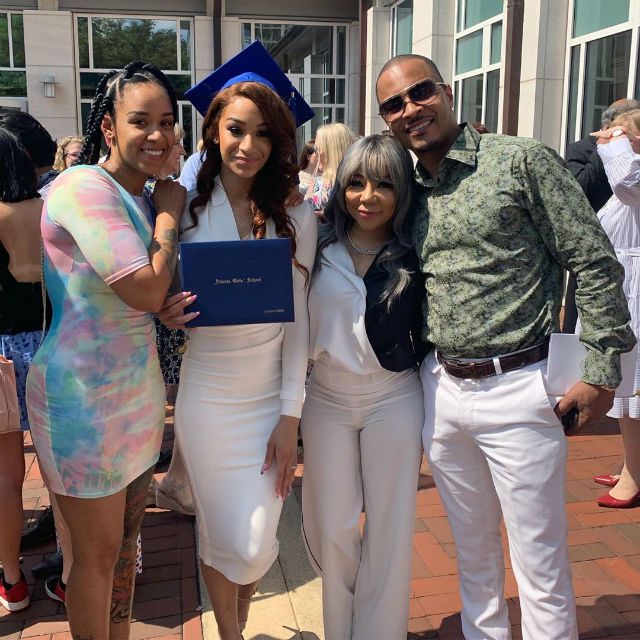 T.I. understood the error of his ways during the most recent episode of T.I. and Tiny: Friends and Family Hustle. The ‘Got Your Back’ rapper realized how inappropriate his comments were regarding his daughter Deyjah Harris’ hymen after speaking with her mother, Ranniqua.

Neither Tip nor Deyjah wanted to confront one another on the situation. Deyjah expressed her anger and embarrassment to her grandmother about Hymen-gate. The 18-year-old did not, however, want to approach her father regarding the matter during the episode. T.I. also felt that having a conversation was not necessary because he did not see where he was wrong.

Deyjah refused to speak directly to her father following T.I.’s insensitive remarks. The 18-year-old did, however, communicate her feelings through her mother who strongly advised T.I. to consider the depth of his comments.

“Ask your daughter, and whether she tells you yes or no — believe her,” Ranniqua said. “At the end of the day, whether or not her hymen is intact isn’t telling of whether or not she had sex. So if you tell the doctor to check her hymen, and she told you she hasn’t done anything, but her hymen is broken, and she’s telling the truth, now you’re coming down on her and telling her she’s lying,” Deyjah’s mom revealed.

T.I. ultimately understood the error of his ways, which is why he issued a public apology to Deyjah during the confessional portion of the episode.

“I realize how inappropriate the conversation about Deyjah on the podcast may have been and I hold myself accountable and take full responsibility,” the celebrity father said. “I was wrong,” Tip admitted. “I am willing to accept full accountability, one hundred percent, for everything I may have said that shouldn’t have been said. I apologize to Deyjah.”

T.I. went on to tell his daughter, “You know I love you. You know I’ve always gone above and beyond to do everything and anything possible to make you happy and keep you protected. However, I must now acknowledge the fact that you’ve now become a young lady. I understand that. Some lessons are harder than others, but the important thing is — make sure you get the lesson.”

Deyjah is one of seven children T.I. parents. You can watch the Harris family on T.I. and Tiny: Friends and Family Hustle, which airs every week on VH1. Stay tuned for more celebrity family news!

MARTIN LAWRENCE DOES TRIVIA WITH HIS DAUGHTERS

MARTIN LAWRENCE DOES TRIVIA WITH HIS DAUGHTERS