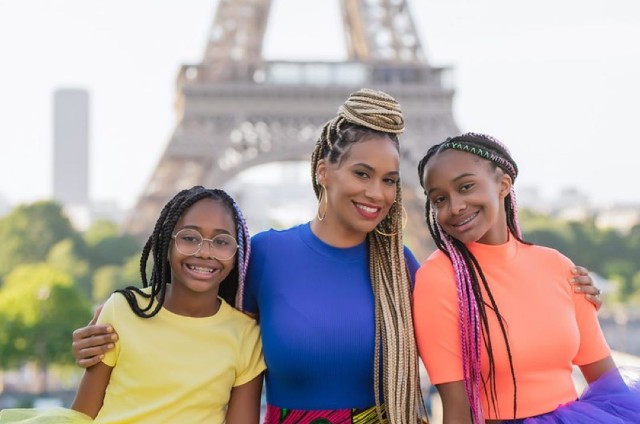 On June 10th, the Mom’s United digital event, hosted by teen author Ameenha Lee, featured top mothers in the entertainment industry having a united conversation about the Black Lives Matter Movement. Speakers Stacia Mac, Amber Sabathia, Shay Wood, and Nisha Hurd came together to share their personal experiences of facing racism, and the important lessons they are teaching their children while being raised in America.

Stacia Mac, manager and mom of rapper Polo G, talked about how she educates her son and her other children about ‘hidden’ black history. Many events such as Black Wall Street, the Rosewood Massacre, and so many more events are hidden from billions of people due to it not being “popularized.” Stacia Mac talked about Polo G educating his millions of fans around the world about important events that shaped America. She also discussed celebrities not using their influence to spread awareness about the inequality black people are facing.

“Silence is not the answer, it never will be. All celebrities need to use their voice, especially with all of the black lives being lost,” Stacia remarked.

Amber Sabathia, philanthropist, mogul and wife to former MLB player CC Sabathia, talked to the moms about how she educates people in her village about racism, and how her children have encountered racism at a young age. Sabathia told the audience about the importance of social media.

“No one wants to see your bikini pictures or selfies. Now is the time to post about Black Lives Matter and nothing else.”

The mom of four spoke about raising her children in a community where they are the minority of only being the one in two black families in their town. Giving your kids a balance and teaching them about racism is a very important lesson that all moms learned from Amber during the Mom’s United event. Lastly, Amber  said that she is teaching her kids, ranging from ages 17 to 9, to be confident and to spread positivity, especially as they get older.

Shay Wood, philanthropist and co-founder of Harlem Haberdashery, talked about cultural appropriation in the fashion industry, lessons she is teaching her daughter, and her passion for giving back in Harlem. Wood, who knows the ins and outs of the fashion industry due to working with the top A-listers , talked about how much fashion has changed due to music as well(music videos, music artist, etc). Wood has been giving back for over twenty years, and she advocated for everyone to give back any way they could.

Lastly, the last guest of the Mom’s United event was Nisha Hurd. Hurd is a mommy mogul and entrepreneur. Hurd talked to Lee about her kids working in Hollywood, and most of the time being the only black actresses on set. Nisha is a mom of three girls, but her two daughters, Lyric and Melody, have been working as actresses since they were babies. Hurd shared a story about her daughter, Lyric, walking onto set and being the only black girl in the room. “Lyric had to work on a film, but she was the only black actress. She told me that she would like to work and see more people that looked like her, but I told her she always has me as a role model.”

Nisha  also talked about social media and how children have access to a lot of content on the internet. Melody, Hurd’s second eldest daughter, showed her the video of George Floyd. Nisha Hurd was shocked to see the video of George Floyd because her eight year old daughter showed it to her first. Even though Hurd mentioned that she has to monitor her children’s social media more, she shed light on only having your children following content that spreads positivity.

Ameenha Lee is a teen writer, blogger, author, and model. She created the Mom’s United Digital Event to educate mothers of all diverse backgrounds about the injustices in America and how to use your influence to make a positive change. You can follow her HERE

FABOLOUS AND EMILY B ARE EXPECTING A BABY GIRL!

Although many of us across the nation are still sheltering at home to hopefully help... 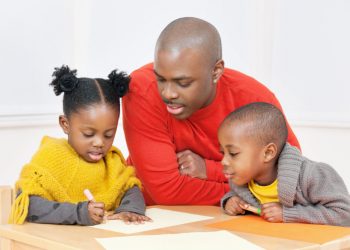 WHAT ARE THE PROS AND CONS OF HOMESCHOOLING

In the face of the current global pandemic, parents have had to switch gears, in... 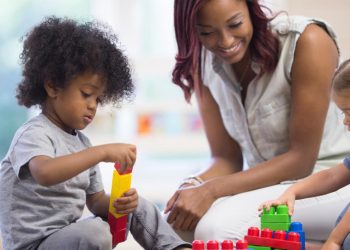 Talking to your children about race is important more now so than ever. Yet, when...

FABOLOUS AND EMILY B ARE EXPECTING A BABY GIRL!