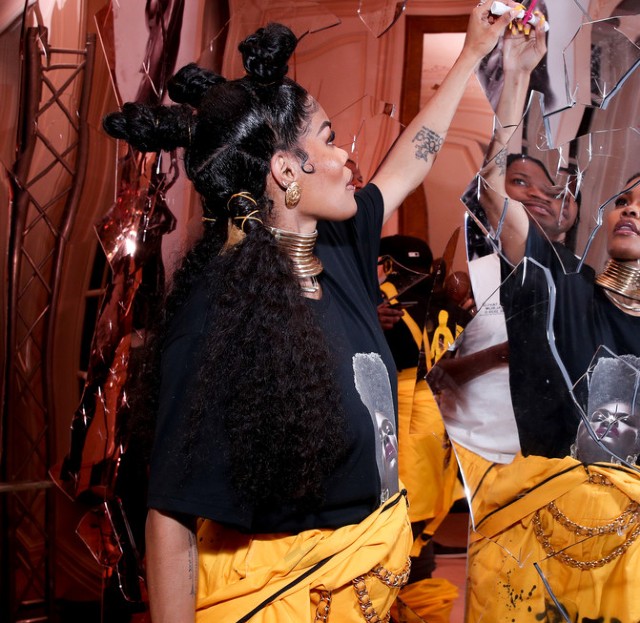 Teyana Taylor is glowing! The ‘We Got Love’ singer recently held a listening party for her new album, which is called The Album.

Cardi B and other artists in the industry attended Teyana’s listening party earlier this week. Taylor remained true to her character with attire that was both vibrant and significant. Teyana ensured that all guests wore yellow jumpsuits that may have served to speak to both the coronavirus pandemic and racial tensions that have caused an upheaval of a system that some regard as acceptable.

Teyana also showed off her baby bump, which was evident even in baggy clothes. It was just a few days ago that Teyana confirmed her pregnancy with a music video for her new single, ‘Wake Up Love.’ The clip featured Teyana alongside her husband, Iman Shumpert Sr., and their daughter, Iman Tayla Shumpert Jr.

Teyana’s forthcoming album promises to be special as the recording artist tapped Erykah Badu and Missy Elliott for work on the project. “This album is definitely more of a vibe,” Teyana recently said of her new project. “I don’t really do fast songs like that,” the celebrity continued. “There are some head-boppers. It’s not super-fast. You can dance and you can cry and you can ride.”