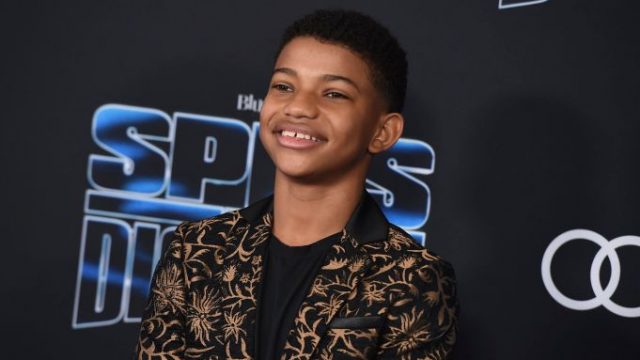 In the recent wake of the murders of Ahmaud Aubrey, Breonna Taylor, George Floyd, and Rayshard Brooks, people throughout the world have not only called for justice, but racial equality as well. Many top celebrities in Hollywood have shared their stories of racism and racial injustice, and among those is twelve-year-old This Is Us star Lonnie Chavis.

Chavis, an anti-bullying advocate, who has launched a campaign, IGTV show and hashtag centered around #FixYourHeart shared a letter, which started out as a letter to his mom, with the world. In Chavis’ own words, he details his feelings about what is feels like to be a Black boy in America.

Read Chavis’ letter below in its entirety as printed in a People Magazine exclusive, People’s Voices from the Fight Against Racism will amplify Black perspectives on the push for equality and justice and let us know what you think. We want to hear from you.

stop killing us! ✊🏽 i need my dad and my brothers to survive 💯🖤

My life matters, but does it? America paints a very clear picture of how I should view myself. America shows me that my Blackness is a threat, and I am treated as such. I actually didn’t learn about being Black and what that would mean for me until I was 7 years old. I thought I was a peach man, so my parents educated me on being a Black man really quick with long talks, books and movies like Amistad and Malcolm X. I was overwhelmed with confusion, fear and sadness. I had to lean on my faith in Christ for hope, protection and understanding.

Being a young Black boy in Hollywood made it even more fearful. I can recall the time when I realized there are not a lot of people that look like me on these Hollywood sets and asked my mom where all the Black people were. I also remember being invited to events but then being treated very poorly by security or entrance checkers, like I wasn’t supposed to be there, until I had a publicist to announce me. I think of going to Hollywood events with other actors and actresses where I was constantly asked if I’m the boy from Black-ish or the boy from Stranger Things. I guess we all look alike since we are all Black. Can you imagine being confused for any other Black kid just because you all share the same profession? I can.

I can recall a time on set when I started crying listening to an actor portray a racist grandmother toward my character. The director and writers told me that they didn’t need me to cry for the scene. However, it was hard for me not to cry as I witnessed what I had just learned was my reality. I wasn’t acting, I was crying for me. Can you imagine having to explain to a room full of white people why I couldn’t hold back my real tears while experiencing the pain of racism? I can.

It didn’t stop there. I was racially profiled at a restaurant in San Diego while visiting one of my young Black costars. Her Black cousins and I were accused by a young white girl working the cash register of trying to steal the few tips in her tip cup. It was a huge ordeal that almost led to police being called on us while we were with our parents — until some wonderful fan who happened to be white told them that I was a professional actor on two television series currently airing and argued that he doubted I would need to steal her few dollars. My mother never played the “he’s an actor” card. She definitely knew and argued that we were being targeted merely because we were a group of young Black children. Can you imagine someone thinking you are a thief just because of the color of your skin? I can.

At this point, I knew by experience that this nation will never take it easy on me, and that all Blackness could be perceived as a threat in America. My mother was taking me to work one morning, just blocks from the Paramount Studio lot, when she got pulled over in our new BMW. The white cop approached my mother’s window and asked her, “Whose car is this?” — not about her license and registration, or even why he pulled us over. I had been taught about how to behave if ever getting stopped by the police, but nothing prepared me for this. My mom was guilty of driving while Black. She had to go to her trunk for more paperwork, and I watched the cop hold his hand on his gun as if my mom was a threat. I was scared for her; I was scared for me. I didn’t know what to do in that backseat, but just to get on the phone with my dad. It became clear to me that the other three times we were pulled over in Hollywood/L.A. areas after that were because we were Black in a nice car. Can you imagine it being normal to start recording with your cellphone as soon as your mother is pulled over for a traffic stop? I can.

My 10th birthday fell on Thanksgiving in 2018. After coming home late with my family from my birthday party, a Long Beach police officer twisted my dad’s arm behind his back and pulled him from our doorstep with the door opened, claiming he was being detained for a traffic ticket. My mother ran to my room and told me with fear in her eyes to go into my little brother’s room and stay away from the windows. She put my new baby brother in my arms and told me that no matter what I hear from our front yard to not come to the door — no matter what. I held my baby brother and cried as I could hear my mother yelling outside of our home. I thought my parents were for sure going to die going up against the police. By the grace of God, they are both still with me, and that racially motivated harassment against my father was dismissed. Can you imagine holding on to your three little brothers while thinking that you are all going to be orphans? I can.