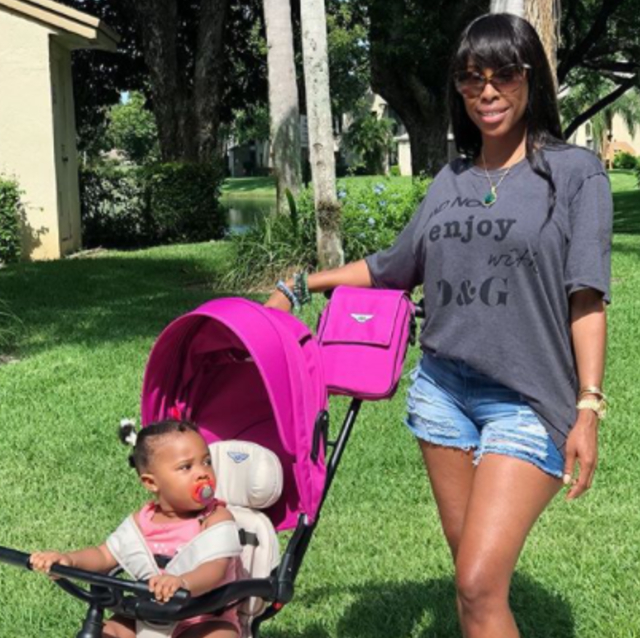 Eliza Reign is saying “no deal” to her baby’s father, Future, who allegedly attempted to silence her with $1,000 in monthly child support payments for their daughter, Reign Wilburn.

“It’s just something about her..”

According to documents obtained exclusively by BOSSIP,

“Eliza Reign’s lawyer sent an email to Future’s lawyer to resoundingly reject what seemed like a lowball temporary support amount to care for their daughter, who just turned one years old. Under the terms of Future’s proposal, the ‘Life Is Good’ rapper would ‘voluntarily’ pay Reign $1,000 and provide the baby’s health insurance. In exchange, Reign would agree to a gag order and not discuss the case publicly, according to the proposed order.”

Eliza Reign sued Future, real name Nayvadius Wilburn, for paternity after he denied fathering their daughter, Reign Wilburn. The paternity test proved that Future was indeed Reign’s biological father. Eliza has since, through her attorney, mentioned child support to the sum of around $53,000 per month.

I was feeling cute in my @mely.andco onesie and Reign wouldn’t let me be great 😩😂❤️

It is evident that Future owes his daughter’s mother financial support. Solidifying a high amount in monthly child support, however, has been difficult because of Future’s claim of not knowing how much he makes. Eliza Reign’s lawyer has used Forbes’ estimate of Future’s net worth at about $20 million thus far.

Taking Reign on a stroll in her @wonderfoldwagon ❤️❤️ If you have a small child, this is an absolute must have! It’s convenient, foldable, comfortable, and most importantly, SAFE. Just buckle your baby in and go ❤️ Use my code “Eliza” for $20 off your @wonderfoldwagon 😘