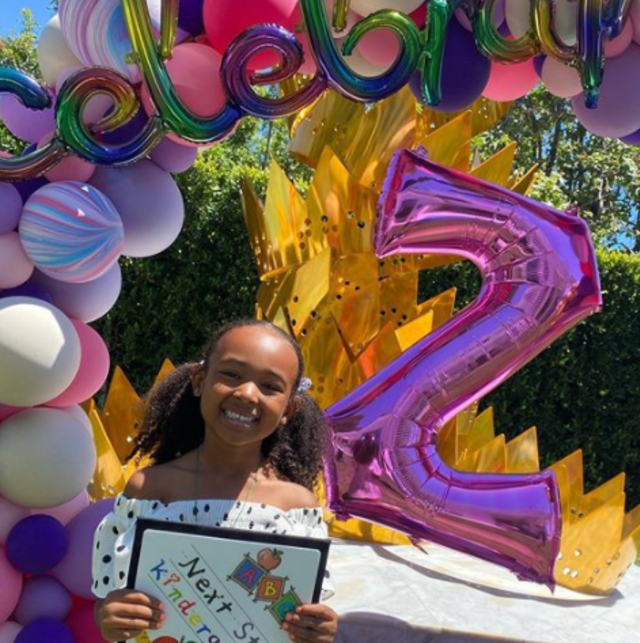 Savannah also uploaded a candid of her daughter surrounded by balloons that celebrated her accomplishment. The youngster also held up a sign that read, “Next stop, Kindergarten.”

Many could not believe that Zhuri James was heading to Kindergarten. The masses agree that Savannah and LeBron James’ daughter is advanced beyond her years.

“I thought she was in grad school already, as grown as she be acting,” one fan wrote in response to learning of Zhuri’s completion of pre-K. “Congrats, lil mama,” the social media follower added.

Zhuri has been taking over TikTok these past few weeks. The youngster was the shining star in a recent dance video with her family. LeBron James has a record as one of the best NBA players in history. The celebrity father, however, was no match for his daughter’s star power.

The youngest member of the James family also has a YouTube channel that recently featured her natural hair care routine. Zhuri had her mom’s help with the video that featured four hairstyles.