"No Justice, No Peace" 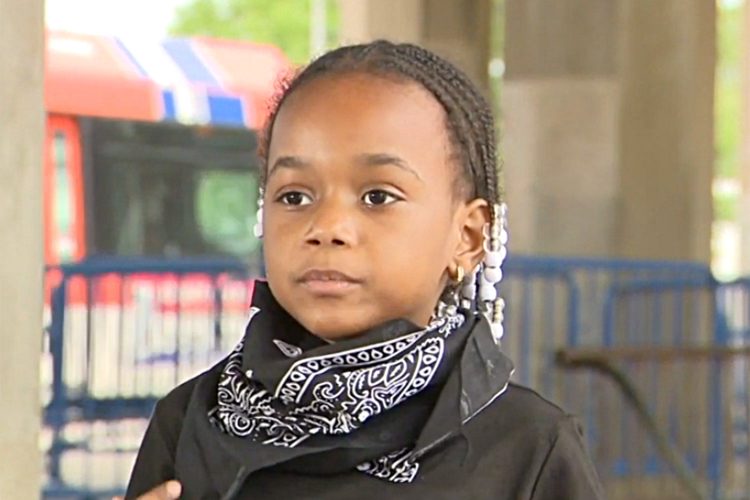 Wynta-Amor Rogers is the 7-year-old protestor whose passion has gone viral. The youngster tells the press why she was so intentional about her actions during a demonstration in Long Island over the deaths of 46-year-old George Floyd and 35-year-old Jamel Floyd.

✊🏾No Justice, No Peace ✊🏾 Featured by @bckcutie — 🌟For your chance to be featured , hashtag #bckcutie and click the link in bio. — #Cutenessoverload #naturalhair #nojusticenopeace #georgefloyd #protests #melanin #blacklivesmatter 📷 @scottbrinton 1 via Twitter

Jamel was detained at the Metropolitan Detention Center in Brooklyn, New York, where he died after law enforcement officials claimed he was pepper-sprayed. The details of Jamel’s case are not provided to the public in full due to an ongoing investigation into his death. Protesters came out to ensure that justice would be served if foul play was indeed a factor in the 35-year-old’s demise.

Another Peaceful Protest ✊🏾We Are One ☝🏾 Black Lives Matter !!! Thanks You to @tamikadmallory @mysonnenygeneral @jamilatdavis & @ruffryders for making this happen ❤️🖤💚#HandsUpDontShoot🙌🏾 #NoJusticeNoPeace 🗣💪🏾🙏🏾

“I just want to make sure it’s not like the old, back in the day,” Rogers says to media when asked about her drive to go out and protest. The masses saw the 7-year-old in a video clip that showed little Wynta-Amor marching along with other protesters at a demonstration for George Floyd while shouting, “No justice, no peace.”

What caught the attention of the Internet was Wynta-Amor Rogers’ facial expressions and hand motions, which showed just how serious she was about the matter. Protesters also gave Wynta-Amor the opportunity to rally the crowd at Jamel Floyd’s demonstration.

SOUND ON: Wynta-Amor Rogers is 7 years old. She took the mic at a peaceful protest in honor of Jamel Floyd, a 35 year old man who was detained at the Metropolitan Detention Center, and died after officials say he was pepper sprayed. Please turn the sound up. Full story at 10 @news12bx @news12bk

Some have criticized Lakyia for bringing her daughter to Long Island’s protest. Jackson, however, remains unbothered by the scrutiny.

No Matter the age , the message Stands the SAME! HERStory will be Told Because Black Lives Matter❤️ @tamikadmallory Thank You 🙏🏾🥰 #SayHerName #sandrabland #BreonnaTaylor #aiyanajones 👧🏾👩🏾

“The negativity doesn’t bother me because at the end of the day, this is what’s going on, and this is our future,” Lakyia tells the press. “We have to let our future see what’s going on, also,” she adds. “If not, they’re going to see it on their own, the harder way.”

Wynta-Amor hopes to be an activist like Dr. Martin Luther King, Jr. This 7-year-old is well on her way to her goal!