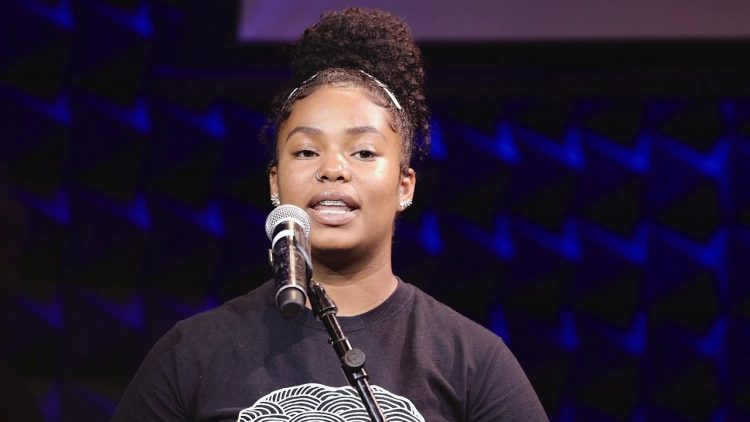 Abdullah’s work creates safe spaces for black youth to rally against racism and anti blackness in a school atmosphere. In addition to her work with the Black Lives Matter movement, Abdullah has been a force within the March for Our Lives movement, which emphasizes what gun control should look like for Black youth.

“I grew up in an activist household. I grew up believing in the power of strong Black women,” Abdullah said in a 2019 interview with Refinery29.com. “My grandmother was extremely present in the Black Power Movement and my mom is a professor of Pan African Studies at CSULA and later became a co-founder of the LA chapter of Black Lives Matter. We lived in the Crenshaw District of Los Angeles where strong, Black women thrived all around me.”

“When I began doing movement work it was hard. I fell quickly into the angry Black girl mold created for me by society. I called out teachers at school and never let anyone slide when using the “N word pass.” I was lit up, and for some reason it seemed like all everyone around me wanted to do was shut me up,” she said in the same Refinery29.com interview. “Activism was a part of who I was and it still am. I couldn’t ignore it. So to be completely honest I wasn’t very popular in middle school. It wasn’t cool to be a revolutionary. …Grappling with confidence in being a strong Black girl was one of the hardest things I ever had to, but I constantly reminded myself of the why. I did the work for justice, and that kept me going.”

And continually going and growing she has, so much so, that in 2018, Abdullah was named as one of Time Magazine’s 25 Most Influential Teens of 2018.

We don’t know what the future holds for this outstanding young woman, but it will be more than likely filled with passion, activism, and a voice to make a true difference in the world. This is unquestionably just the beginning for the inspirational Abdullah, as she has already accomplished so much, and of course, we cannot wait to see what is next.