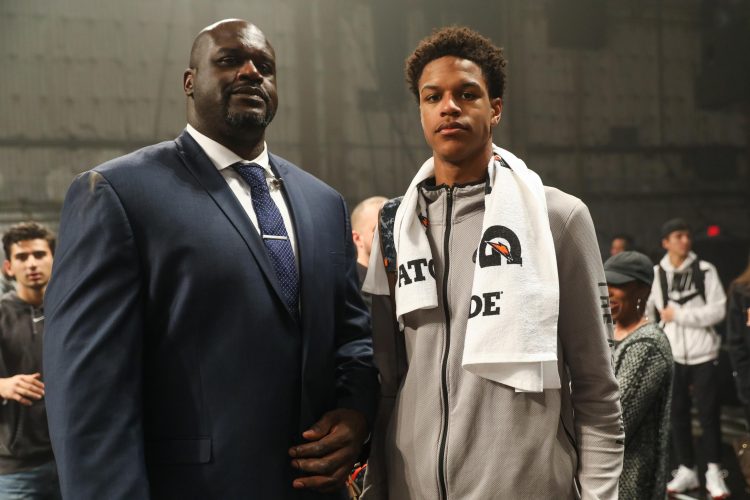 Shareef O’Neal, son of NBA Hall of Famer Shaquille “Shaq” O’Neal, is taking a stand for the younger generation amid the anti-police brutality protests that have sprung up around the country in the wake of George Floyd’s death.

On his Instagram page and his Twitter, 20-year-old Shareef O’Neal released a powerful statement, urging young people in his age group to work to fight against systematic racism in the country. He respectively captioned the posts: “I know I won’t stop 🤞🏽🙏🏾” and “BLACKLIVESMATTER.”

“They say we are the lost generation. I keep asking myself who lost us? They say we are not involved in the process. I can’t tell. I have friends in the streets of most major cities trying to get their voices heard. I’m not with the violence and I want it to stop just like everybody else. I really want to see the violence against Black men and women at the hands of police to stop as well,” says Shareef.

“Black people around the world have a right to feel safe in this country. This is crazy. One thing I know for sure is this, something has to change. And I believe it will. People my age listen, we need to participate in the political processes and contribute to practical solutions that advance development. And don’t let nothing stop you until it’s done. #georgefloyd #justice #blacklivesmatter #colorofchange.”

George Floyd, a 46-year-old Black Minnesota resident, was murdered in cold blood by the Minneapolis Police Department on May 25 when a police officer pressed his knee onto Floyd’s neck for several minutes, ignoring his desperate pleas that he could not breathe. For their roles in killing Floyd, the four officers have since been fired. The former officer seen kneeling on Floyd’s neck has been charged with murder and manslaughter, along with the other three former officers who killed Floyd.

The footage of George Floyd’s brutal murder has led to a wave of protests against police brutality and institutional racism around the country and around the world as well.

This wasn’t even on purpose 😂