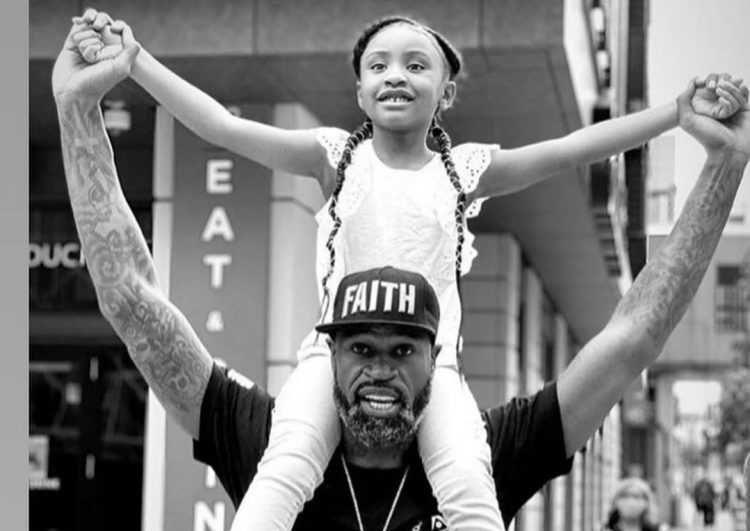 In a short statement at Minneapolis City Hall, Stephen Jackson spoke fondly of his deceased friend, promising to take care of Gianna and her mother Roxie Washington, and that he would keep fighting to get justice for Floyd. “There’s a lot of stuff you said that he’s gonna miss — that I’m gonna be there for,” said Jackson to Washington.

Don’t worry Twin on my soul I got GiGi. Know dat. I am my brothers keeper and I got a lot of brothers. #justiceforgeorgefloyd #ivehadenough Rest Easy Twin LINK IN BIO

George Floyd was 46 when he was murdered by the Minneapolis Police Department on May 25 when an officer knelt on his neck for several minutes, despite him repeatedly saying that he could not breathe. Four officers were fired for their parts in Floyd’s murder and the former officer who was filmed pressing his knee onto Floyd’s neck for several minutes has since been charged with murder and manslaughter. The other three former officers on the scene of Floyd’s murder have also been charged.

The video of George Floyd’s extrajudicial execution has since triggered protests against police brutality and systemic racism across the nation and around the world. On his Instagram page, Stephen Jackson shared the link to Gianna Floyd’s GoFundMe page. Jackson also posted a bittersweet clip of Gianna sitting on his shoulders and saying of her late father with a smile: “Daddy changed the world.” He captioned the post: “That’s right GiGi “Daddy changed the world” 😢😢😢😢😢 George Floyd the name of change. #justiceforgeorgefloyd #ivehadenough Love to all who have love for all ✊🏿✊🏻✊🏾✊🏼✊🏽✊.”

That’s right GiGi “Daddy changed the world” 😢😢😢😢😢 George Floyd the name of change. #justiceforgeorgefloyd #ivehadenough Love to all who have love for all ✊🏿✊🏻✊🏾✊🏼✊🏽✊