Home » NEWS » PORSHA WILLIAMS IS IN NO RUSH TO MARRY DENNIS MCKINLEY: ‘WE ARE RAISING OUR DAUGHTER’

PORSHA WILLIAMS IS IN NO RUSH TO MARRY DENNIS MCKINLEY: ‘WE ARE RAISING OUR DAUGHTER’ 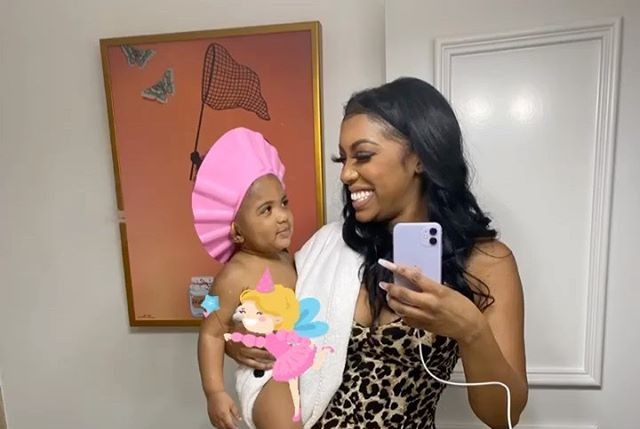 Do not expect Porsha Williams to walk down the aisle any time soon. The Real Housewives of Atlanta (RHOA) star shared her desire to take things slow during Sunday night’s reunion episode of the show.

“We’re still figuring it out,” Porsha said when asked about her plans to marry her fiance, Dennis McKinley, in the near future. “I’m not in a rush,” the RHOA star added. “I mean, My fiance is here. We are living together. We are loving each other. We are raising our daughter. I am not in a rush. What I’m taking my time doing is making sure our love is solid and strong.”

I love you mommy ! I will always look to you and I know you will always be there ❤️😍 #WashDay

Porsha’s desire to take things slow is much different from her initial drive to marry Dennis McKinley last year. The Real Housewives of Atlanta star told Dish Nation listeners that she and Dennis wanted to have a New Year’s wedding so they could go into the new decade as a wed couple.

Things between Porsha and Dennis came to a standstill, however, after he admitted to cheating on her while she was pregnant with their daughter, Pilar Jhena McKinley. She ended the relationship and told her sister that she would rather be single than with a man who disrespected her in such a manner.

Porsha’s sister encouraged her to reconsider the situation and continue to seek counseling. Both Porsha and Dennis ultimately decided to rebuild the relationship after a few sessions. Porsha, however, is still not sold on the notion of marriage to Dennis.

“When you get married, you marry for a lifetime,” the RHOA star said during Sunday night’s episode. “It will be there, honey,” Porsha added. “I have my ring, and we’re good.”