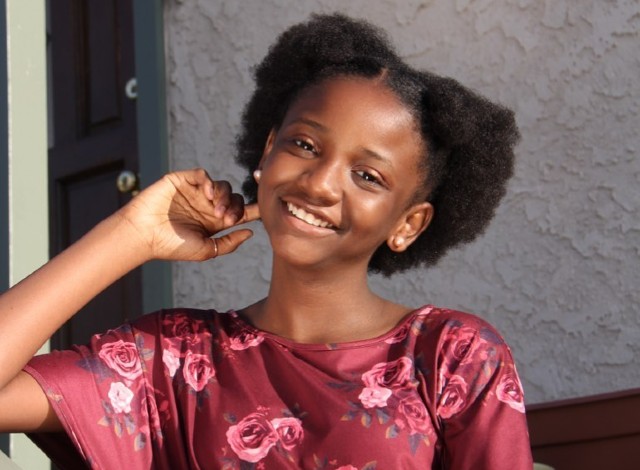 Thirteen-year-old Aria Brooks is not only the newest cast member of Nickelodeon’s hit television reboot, All That, the amazingly talented rising star is also a singer, writer, and content creator, constantly striving to make sure that she is as diverse in skill as possible, navigating through the entertainment industry.

If you remember, Brooks made her Hollywood debut in the 2019 film, Harriet, starring opposite actress Cynthia Erivo.

“Since the day I said I wanted to do this for a living, I was kind of waiting on the day I could work on a big-name project with people that I’ve grown up watching, and so I was like ‘Wait a minute. This is the moment. This is crazy,’ ” Brooks told Atlanta Black Star during a recent exclusive interview with the news outlet. “So I remember when I got to meet Cynthia Erivo for the first time. I was so excited, I was waiting for her and saw her walking from far away and was fangirling from miles away. It was so cool and it was pretty unbelievable to think I had gotten to that place honestly.”

Brooks also admitted to the popular outlet that since she has joined the All That cast, she and her castmates immediately created a close bond and have become “really, really close on-set,” making sure to keep their bond strong as they have been temporarily separated by Covid-19.

When asked who were some of her inspirations in the business, Brooks stated that, “Currently, my biggest inspiration is Marsai Martin. She’s a Black girl, and we’re on the rise I think, but still you don’t see as many Black girls doing their thing and then she had a similar start to mine. I feel like I can go off and do filmmaking and do all these things she’s achieving right now.” Additionally, she gave a shout out to Zendaya and Skai Jackson.

With her adorable smile and amazing talent, we are sure that Brooks is on the top of someone’s list herself. We cannot wait to see what the future holds next for this amazing young lady. We have a feeling that this is just the beginning for her.

PORSHA WILLIAMS IS IN NO RUSH TO MARRY DENNIS MCKINLEY: 'WE ARE RAISING OUR DAUGHTER'

PORSHA WILLIAMS IS IN NO RUSH TO MARRY DENNIS MCKINLEY: 'WE ARE RAISING OUR DAUGHTER'