RAPPER FUTURE PENS SWEET MESSAGES TO THE MOTHERS OF HIS KIDS 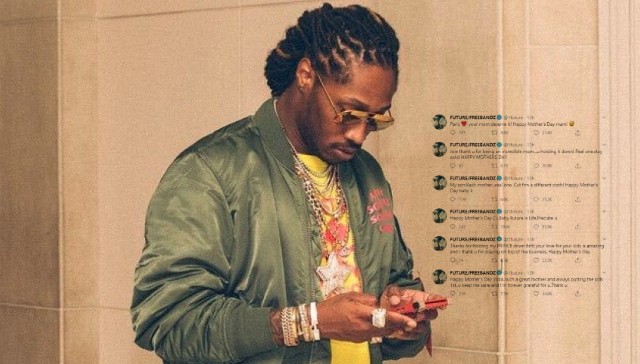 “How many kids does he have?” That’s the question that many fans are asking after rapper Future posted sweet Mother’s Day tributes to the mothers of his children.

The celebrity father posted something special for all six of his children’s mothers. “Joie, thank you for being an incredible mom,” Future wrote to Joie Chavis who has a son with him. Future also honored Ciara who also has a son, Future Zahir. 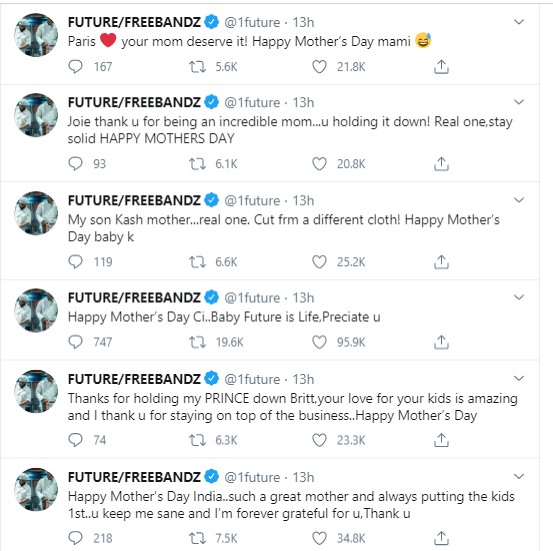 While some gave praise to Future for celebrating the mothers of his children. Many wondered how many kids the rapper actually fathers. “We’re going to be here all day,” one fan tweeted after Future gave accolades to Joie Chavis. Another Twitter follower wrote, “You’ve got four more [baby mamas] left.”

Future reportedly has eight kids but only acknowledges six children. The rapper has been in a very public battle with Instagram model Eliza Reign who has done everything, from having t-shirts created to publicly shame her alleged child’s father to changing her Instagram’s profile name to “Just Take The Test,” to pressure Future to undergo a DNA test to establish paternity.

Still, even with all of the scrutiny coming from Eliza Reign, Future has not publicly declared himself as the father of her daughter. In fact, the rapper has petitioned the court to prohibit Eliza from speaking about him online or anywhere else in public.

“Future believes he needs a court order prohibiting Eliza from talking about him publicly. Recently, a judge threw out the injunction request but allowed Future to make a better argument. The rapper filed an amended complaint revising his argument but once again asking for the gag order.” 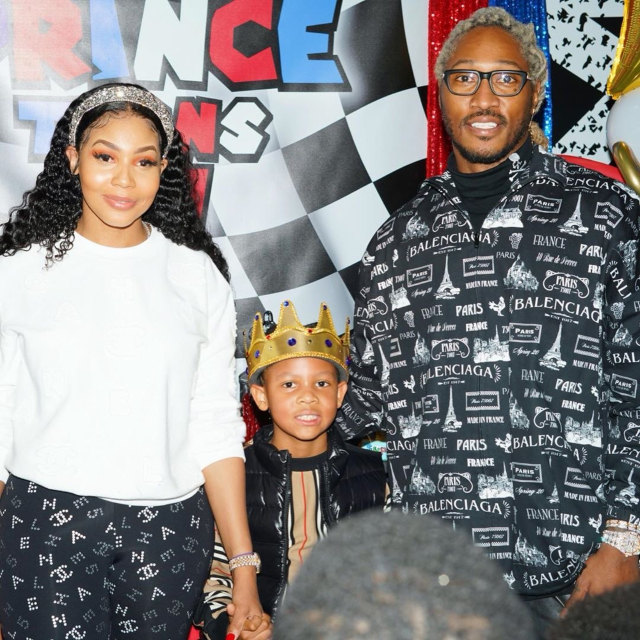 Future sued Eliza Reign last year for libel, invasion of privacy, defamation, and emotional distress. The rapper obtained a gag order at the time, which prohibited his alleged baby mama from mentioning his name in public. Now, Future is hoping to restrict any reference to him, whether direct or indirect, coming from Eliza.