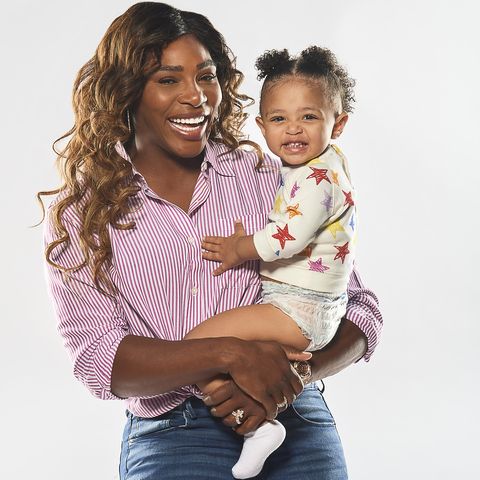 Serena Williams’ unmatched dominance over her legendary tennis career has drawn massive crowds time and time again. However, when it comes to dancing, all eyes are on her adorable 2-year-old daughter, Alexis Olympia Ohanian Jr.

In a sweet Instagram video posted on April 23, Serena Williams danced to the song “I’ve Got A Dream” from 2010 Disney film Tangled, complete with her own choreography. Nevertheless, Alexis Olympia stole the show as she hilariously danced and ran around the room in her pink princess dress. Serena captioned the video: “A Serena Williams and @OlympiaOhanian Production. 🎶 “I have a dream” from Tangled🎶.”

Serena Williams’ fans in the comments were quick to gush over Alexis Olympia and her cuteness. “She is a bundle of energy,” said one fan. Another fan said of Alexis Olympia: “She is precious and she’s getting so big.” Australian former tennis player and six-time Grand Slam doubles champion Renae Stubbs commented with seven red heart emojis.

It definitely wasn’t the first time Alexis Olympia has worn a cute princess dress. In an April 17 post, Alexis Olympia and her mother both wore flowing green princess dresses as they played together with their pet dog looking on. Serena captioned the video: “Princess attire required for conversations with @olympiaohanian 👑.

Serena Williams shares Alexis Olympia with her husband, Reddit founder Alexis Ohanian Sr. They welcomed Alexis Olympia into the world on September 1, 2018 and Serena has been a proud, outspoken mother ever since. In an emotional February 21 Instagram post, Serena posted a picture of herself holding Alexis Olympia as she slept. In the caption, Serena shared the challenges of balancing her tennis career with motherhood and how mothers everywhere inspire and make her proud to be a mother.

“I am not sure who took this picture but working and being a mom is not easy. I am often exhausted, stressed, and then I go play a professional tennis match. We keep going. I am so proud and inspired by the women who do it day in and day out,” said Serena. “I’m proud to be this baby’s mama.”