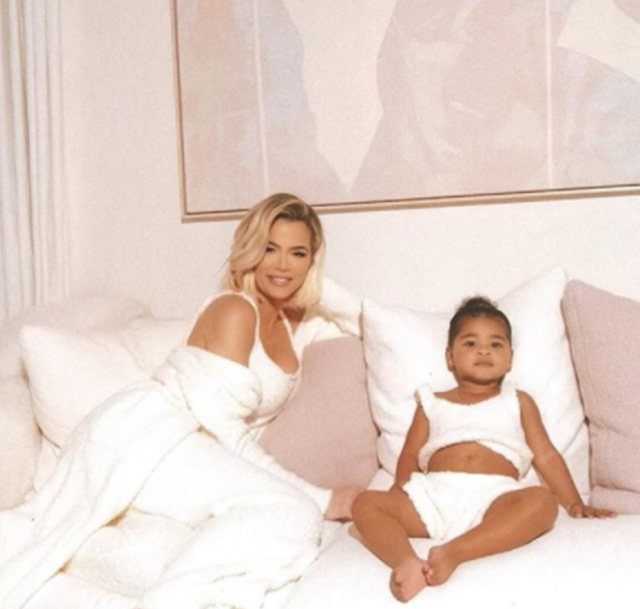 Are Khloe Kardashian and Tristan Thompson planning to have another baby via IVF? Maybe so! Khloe shared the shocking revelation with her sisters during a recent episode of Keeping Up With The Kardashians (KUWTK).

Khloe told her sisters that she was seriously considering the notion of having another child. The celebrity mom had even begun taking hormone shots and talked with the doctor about freezing her eggs.

“Dr. Huang was saying that the bonus of doing embryos, you get to see, like, what are your stronger embryos, which are healthy, you get to already know all that by mixing them with sperm,” Khloe told her sisters. “I do have a sperm donor,” she added.

Khloe’s sisters asked to “see a picture” of her sperm donor. The KUWTK star then revealed that Tristan Thompson, who is the father of Khloe’s 2-year-old daughter, would serve as the donor.

“After my doctor’s appointment, I talked to Tristan,” Khloe said. “Because if you can create embryos and do all the DNA testing, I do think that’s the smarter choice,” she added. “But it’s weird because Tristan and I, we’re not together. I don’t know which way to go.”

Tristan Thompson hinted around at the idea of having another child with Khloe Kardashian during an earlier episode of Keeping Up With The Kardashians. “Listen, I’m just saying,” Tristan told Khloe.

“True does need a sibling.” Many viewers were shocked right along with Khloe by the thought of Tristan seemingly asking to have another child with his ex-girlfriend. Some fans even pointed out the fact that Tristan made it appear as if his and Khloe’s daughter, True Thompson, was his only child.

Will Tristan Thompson and Khloe Kardashian have another child together in the coming months? We will have to keep watching how things unfold to find out. Stay tuned for more Keeping Up With The Kardashians family news!