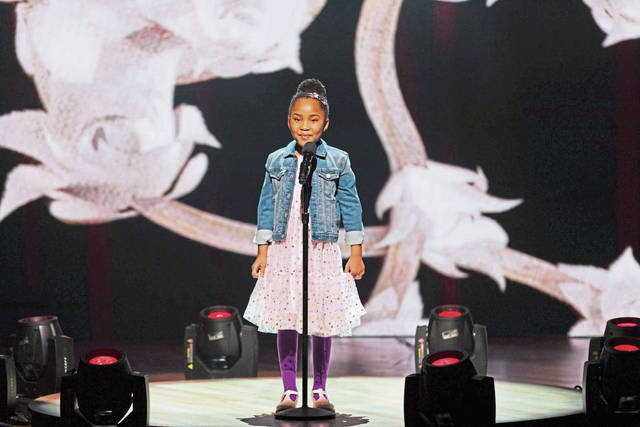 Eight-year-old Victory Brinker has sung on stage at Carnegie Hall and has three pending films in the can, set for release. Recently traveling to LA with her parents and most of her 10 siblings, the talented soprano blew away audiences on NBC’s Little Big Shots with her rendition of a German-language operatic aria.

Brinker has a kaleidoscope of performances under her belt that have all been featured on YouTube. She’s sung the national anthem at Pittsburgh Pirates and Utah Jazz games, but the up-and-coming superstar said in a recent interview with triblive.com that being a part of a national broadcast, “…will be awesome. I can’t wait to see myself on TV.”

In addition to seeing herself of national television, another highlight for Brinker of singing on the show was that she got to meet Melissa McCarthy. “I like Miss Melissa a lot. She was funny.”

Brinker has been cultivating her passion since the age of 2. At six-years-old, she gravitated towards opera and soon after began performing in public.

“As soon as she learned “Ave Maria,” she said, ‘Put me in a talent show,'” her mother said in the same interview. She entered and “won them all.”

In addition to Carnegie Hall, Brinker has sung at the famed Apollo Theater, and at the Pittsburgh Public Theater.

However, it is not all work for this young professional. She definitely knows that if you practice/work hard, you have to find some time to play hard as she enjoys performing at summer fairs and then, “After I’m done singing, I can ride the rides.”

We have a feeling that this is just the beginning for this multi-talented young lady. Her star has just begun to rise and we cannot wait to hear and see more from her in the future.