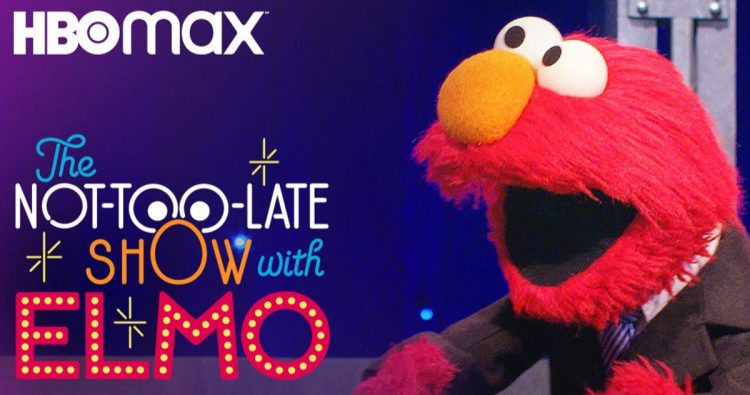 Little kids and parents everywhere rejoice because Sesame Street is hitting the talk show circuit with Elmo at the helm. The little lovable three-year-old red monster is taking over “late night” on the upcoming new standalone streaming platform, HBO Max.

Elmo will host the Not-Too-Late Show with Elmo along with his blue sidekick, Cookie Monster, and other Sesame Street favorite faces and friends. During the show, Elmo will interview celebrities, host musical guests, give his input on what’s happening in pop culture, play games, and much more.

However, don’t think that Elmo’s fellow late night hosts won’t pop in to check out their budding competition. Jimmy Fallon and John Oliver have already signed on to be a part of his celebrity guest list.

So, what time is the Not-Too-Late Show with Elmo? Well, “It’s called ‘The Not Too Late Show’ because Elmo’s bedtime is 7:30,” Elmo says in the official trailer for the show.

HBO Max will be available to subscribers for $14.99 a month and the Not-Too-Late Show with Elmo is one of six original programs announced to debut on the service.

Check out the trailer below and make sure to get the kids ready for a new face in “late night” t.v. This definitely looks like one late night show that the entire family can enjoy!