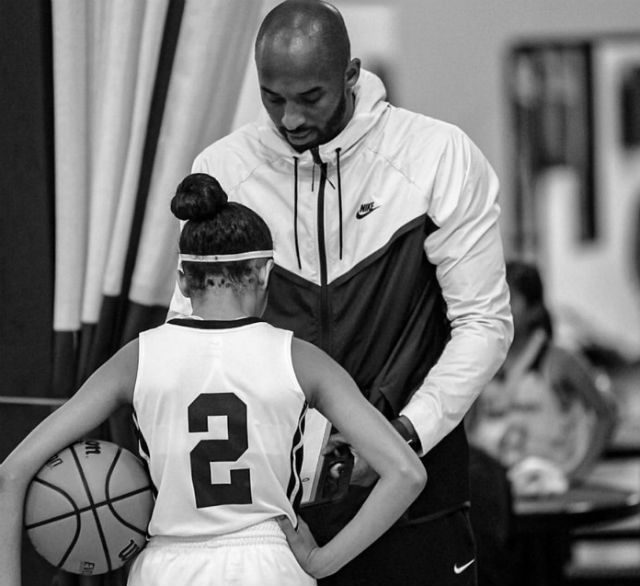 The late Gianna “Gigi” Bryant, daughter of late NBA great Kobe Bryant, was honored today at the 2020 WNBA draft as a rising star in women’s basketball, along with her late teammates Alyssa Altobelli and Payton Chester.

On January 26, Gianna and Kobe Bryant, along with Alyssa Altobelli and her parents John and Keri, Payton Chester and her mother Sarah, Christina Mauser and pilot Ara Zobayan were tragically killed in a helicopter crash in Calabasas, California. Gianna, Alyssa and Payton were all 13-years-old when they passed and Kobe was 41. Kobe is survived by his wife and Gianna’s mother, Vanessa Bryant and their three remaining daughters, 17-year-old Natalia, 3-year-old Bianka, and 9-month-old Capri Bryant.

#repost @wnba ・・・ The WNBA pays tribute to the lives of Alyssa Altobelli, Gianna Bryant and Payton Chester by selecting them as honorary draftees in the #WNBADraft 2020.

On April 17, Vanessa Bryant took to Instagram to pay tribute to her daughter, Alyssa and Payton, who all had hopes of eventually playing in the WNBA. Vanessa wrote in the caption that they would be recognized as “honorary draft picks” during the WNBA Draft, which will take place virtually due to coronavirus concerns. “Honorary Draft Picks:❤️Gianna Bryant❤️ ❤️ Alyssa Altobelli and Peyton Chester❤️ class of 2024,” said Vanessa.

In February, WNBA commissioner Cathy Engelbert first mentioned that Gianna, Alyssa and Payton would be honored at the draft. “We’ll clearly be honoring those three young 13-year-old basketball players — the future of our game,” said Engelbert. She added that Gianna’s legendary father Kobe, who was a supporter of the WNBA, would also be recognized, sharing a story of Kobe from when she first became WNBA commissioner. “The first thing he said to me was, ‘Cathy, I spent four hours every day on girls sports and I love it,'” remembered Engelbert. “We talked for two hours about his commitment to the WNBA, the women, the players and obviously his commitment to his team that he was coaching. [It’s] just really a loss and a loss of a big advocate.” 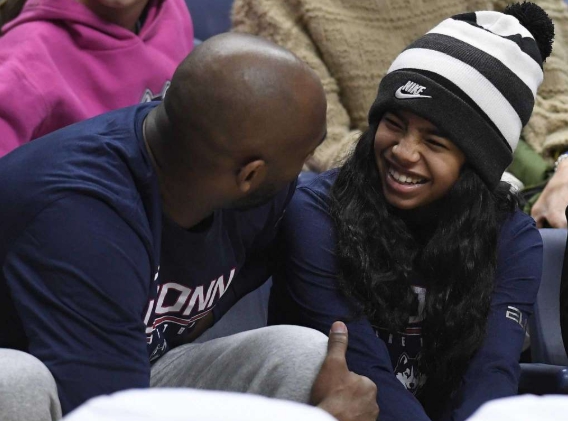 ROMAN REIGNS' WIFE IS PREGNANT WITH 2ND SET OF TWINS

ALEXIS SKY SAYS DAUGHTER HAS 'CHANGED' HER SO MUCH

ALEXIS SKY SAYS DAUGHTER HAS 'CHANGED' HER SO MUCH