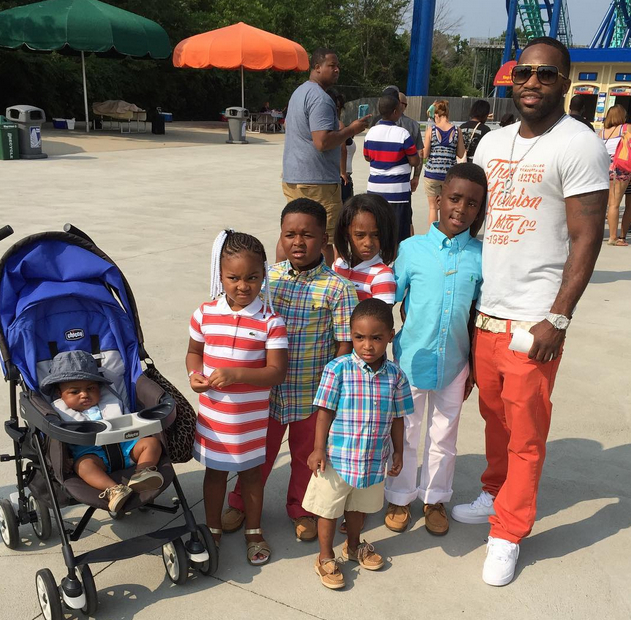 Adrien Broner’s kids have had enough of their dad’s online antics. On Saturday, the boxer took to his Instagram account to complain about having to pay “another year child support” because he claims that students are being held back a year due to quarantine. 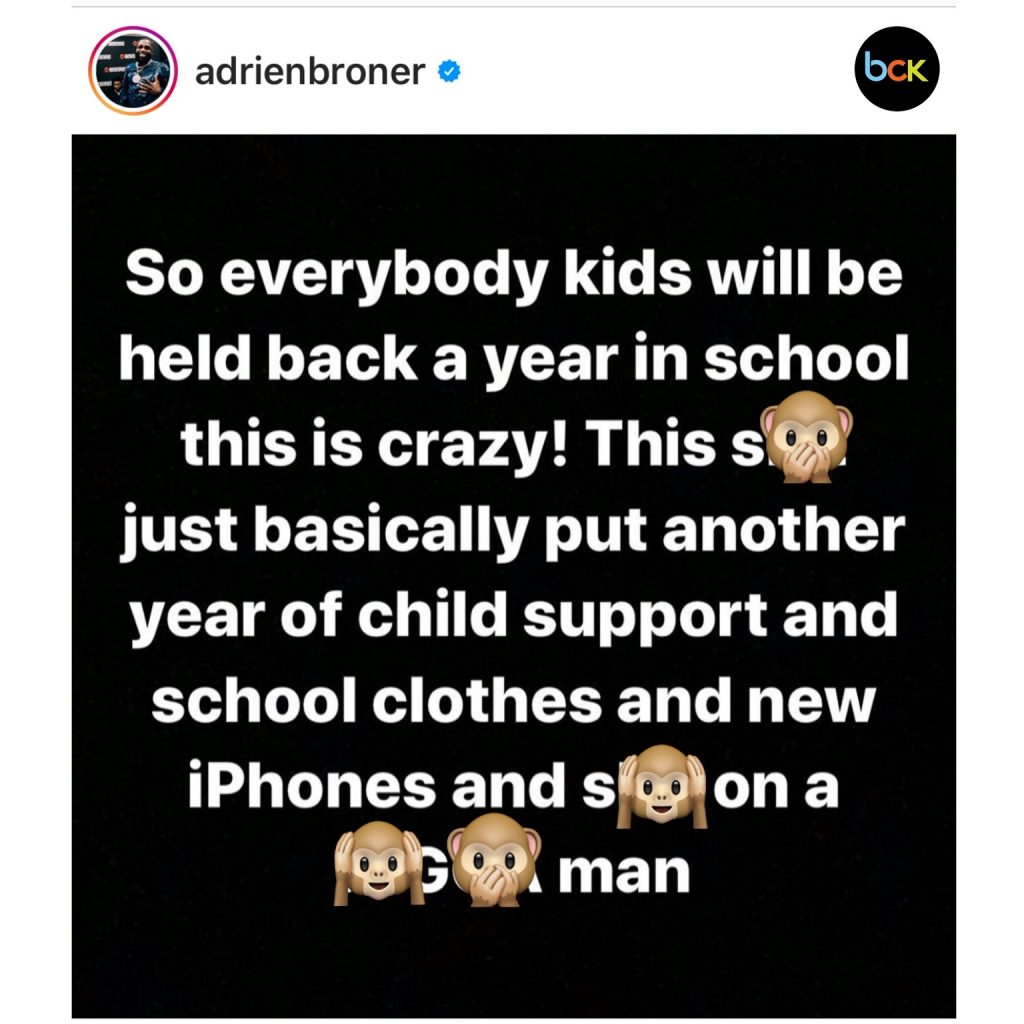 He wrote on Instagram, “So everybody kids will be held back a year in school this is crazy! This [stuff] just basically put another year of child support and school clothes and new iPhones and [stuff] on [man].”

Broner’s daughter, Nene, was the first to see her dad’s post and she quickly let her other siblings know. “Look how daddy feel about us,” she wrote while making sure to tag her brothers Adrien Jr. and Armani. 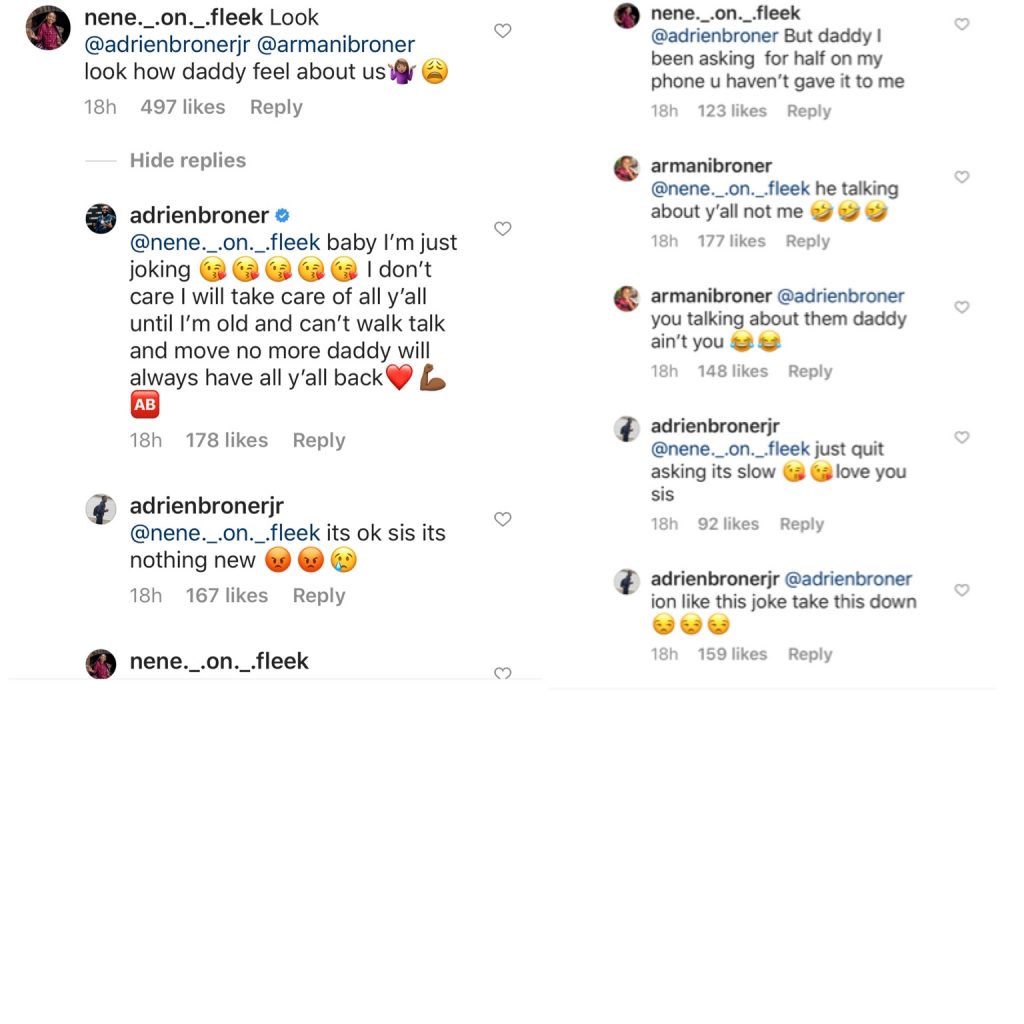 “Baby I’m just joking,” Adrien assured his daughter, “I don’t care I will take care of y’all until I’m old and can’t walk talk and move no more daddy will always have y’all back.”

“But daddy I been asking for half on my phone u haven’t even gave it to me,” Nene replied, while Adrien Broner Jr. said, “It’s ok sis it’s nothing new.”  Armani joked, on the other hand, joked, “He’s talking about y’all not me.”

Broner reportedly has ten children in all. He recently welcomed his tenth child this year with his rumored wife Arie Nicole.

“My wife @misslouiebags getting back in shape so she can be in this house and take care of our children!!!! You go be a housewife that’s in shape.”

SEE ALL THE PHOTOS OF DRAKE'S SON, ADONIS GRAHAM

SEE ALL THE PHOTOS OF DRAKE'S SON, ADONIS GRAHAM