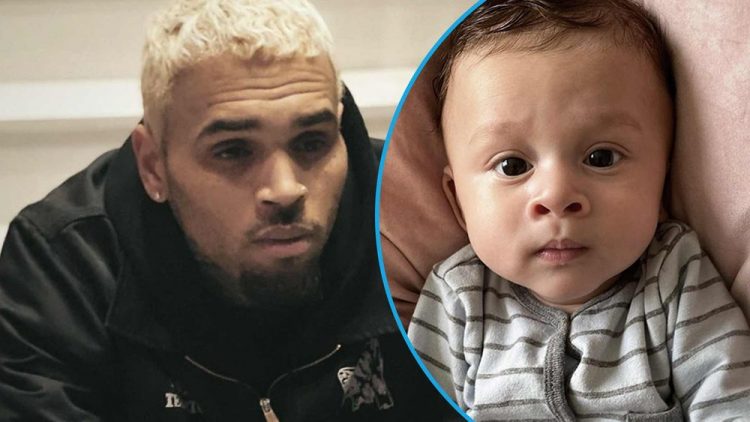 Due to the travel restrictions and lockdowns resulting from the COVID-19 (coronavirus) pandemic, pop singer Chris Brown is currently unable to be with his son, 4-month-old Aeko (pronounced ‘echo’) Brown. Fortunately for him, Chris Brown’s ex-girlfriend and Aeko’s mother Ammika Harris makes sure that he is kept up to date about their adorable son. Chris Brown’s most recent Instagram post about Aeko was a short video posted on March 31.

In the clip, Ammika zooms in on her son’s face, and as she coos to baby Aeko, he giggles and smiles cutely. Chris Brown captioned the video, “The prince”, complete with a golden crown emoji. Another recent Instagram post shows baby Aeko sleeping, with the caption reading: “BIG BOY.” An Instagram post from March 22 shows a picture of Aeko side-by-side a baby picture of Chris Brown. In the caption, Chris Brown wrote: “MISSING MY MINI ME.”

Chris Brown is waiting out the coronavirus pandemic in California, while Ammika and Aeko are currently residing in Germany. Although Chris Brown cannot visit his young son at this time, he certainly has no shortage of photos and videos to hold him over until he and Aeko are once again reunited.

After a secret pregnancy, Chris Brown and Ammika welcomed Aeko into the world on November 20, 2019. Although the former couple broke up before Aeko’s birth, Chris Brown and Ammika have since maintained a friendly relationship. Aeko is Ammika’s first child and Chris Brown’s second. He also has a daughter, 5-year-old Royalty Brown, who he shares with his ex-girlfriend Nia Guzman. Like her father, Royalty loves to dance, and she also enjoys playing soccer. As with Aeko, Chris Brown posts about his daughter Royalty heavily on his social media. In fact, Chris Brown dedicated his seventh studio album to his daughter, naming the 2015 album ‘Royalty’ after her.

Listening to our daily morning affirmation

Nick Cannon and Abby Delarosa celebrated the impending birth of their twin baby boys at...