SCOTTIE AND LARSA PIPPEN’S DAUGHTER, SOPHIA PIPPEN, IS HAVING FUN WHILE SOCIAL DISTANCING 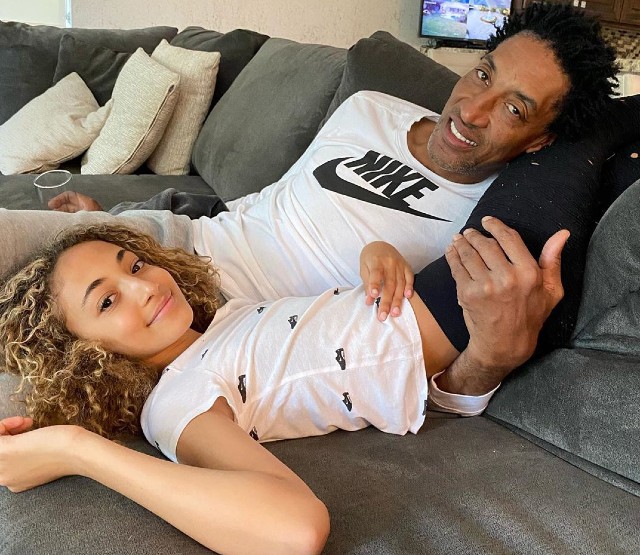 Many people find being forced to stay home due to the COVID-19 (coronavirus) pandemic quite boring, but don’t tell that to Sophia Pippen. 12-year-old Sophia Pippen, daughter of six-time NBA champion and Hall of Famer Scottie Pippen and model/reality television star Larsa Pippen, is living her best life while practicing social distancing. In a series of recent Instagram posts, Sophia can be seen relaxing with her famous father and swimming with her three older brothers: 19-year-old Scotty Jr, 18-year-old Preston and 14-year-old Justin Pippen. 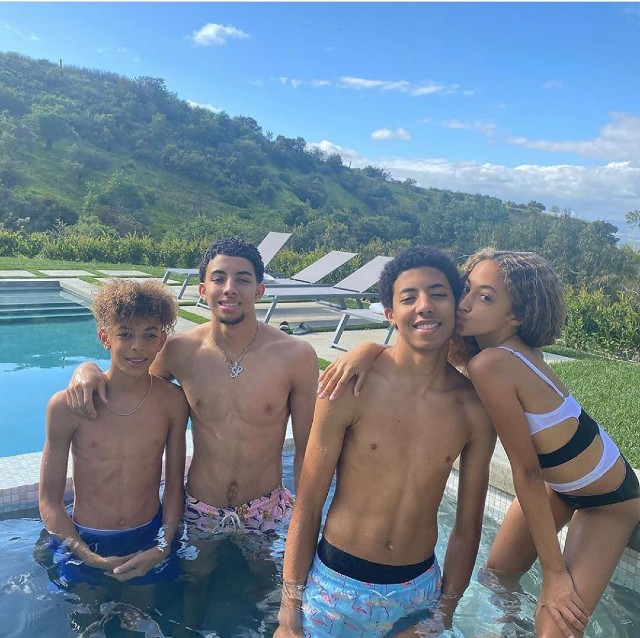 In addition to the important men in her life, Sophia is also spending quality quarantine time with her mother. On March 27, Larsa Pippen posted an Instagram clip of her and Sophia dancing to the song “Need A Freak” by Mighty Bay featuring K Blast, Number9ok and Huncho Da Rockstar. In the video, Larsa and Sophia both wear black hoodies and sweatpants and do the “Need A Freak Challenge”, where they start facing each other, dance in different directions and end up facing the camera. The caption reads: “#tiktok w my baby.”

The coronavirus has harmed many industries, but social media is as strong as it has ever been. Sophia is proof of that, as she has a YouTube channel, a personal TikTok, and her mother manages her Instagram account. Despite her young age, Sophia already has a modeling career; she walked runways for Kids Fashion Week and even modeled for fashion brand Oscar de la Renta Kids. In addition, Sophia competed on the popular dance show, Dancing with the Stars: Juniors in 2018 when she was just 9-years-old (she was eliminated in the third round).

As evidenced by her social media, Sophia is making the most of her social distancing time. In fact, one of the captions to her posts humorously reads: “Not leaving my house until Corona is gone.”

Not leaving my house until Corona is gone. Swimsuit: @submarine_swim

JHENE AIKO REASSURES DAUGHTER: 'YOU WILL ALWAYS BE MY BABY'