She Is Also Seeking Back Child Support 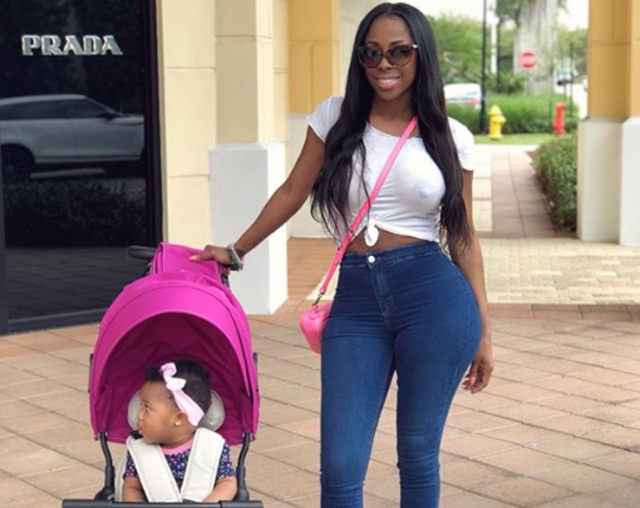 Future’s alleged baby mama, Eliza Reign, is asking the court to order the rapper to pay more than $53,000 a month in child support for her daughter, Reign Wilburn.

“Reign’s lawyer told Future’s lawyer that they planned to seek $53,754 a month in child support for her little girl, based on a Forbes article that put Future’s income at $19.5 million a year, court papers show. The attorney said Reign would also seek back child support for the baby girl, who will be one next month.”

Future has appealed to the court to give him a pass when it comes to revealing his income. The rapper’s legal team has even accused Eliza Reign of leaking pertinent information to media sites that may ultimately weaponize his annual income if such data were handed over to the courts.

The fight between Future and Eliza Reign over her daughter’s paternity has been a very public battle. Eliza has blasted Future for failing to take a DNA test on various occasions to which he ultimately responded with a gag order, which prohibits her from mentioning his name online or in other public capacities. Such an order, however, has not stopped Eliza from finding other ways to take jabs at her alleged child’s father.

Future has also spread his share of accusations. The rapper at one point went with the notion of Eliza Reign calling her daughter a “check baby,” which is a child used specifically for monetary purposes.

“For the record, I have never referred to Reign as a ‘check baby,'” Eliza said in response to such an accusation. “Others who dislike me have,” she explained. “People can make claims all day, but that’s a bit much,” Eliza continued. “I love my baby and it shows.”

Future claims that Eliza Reign only needs $450 per month to care for her daughter. The rapper has yet to take a paternity test. Stay tuned for more celebrity child support news!