IT’LL BE A GIRL FOR D.C. YOUNG FLY AND JACKY OH 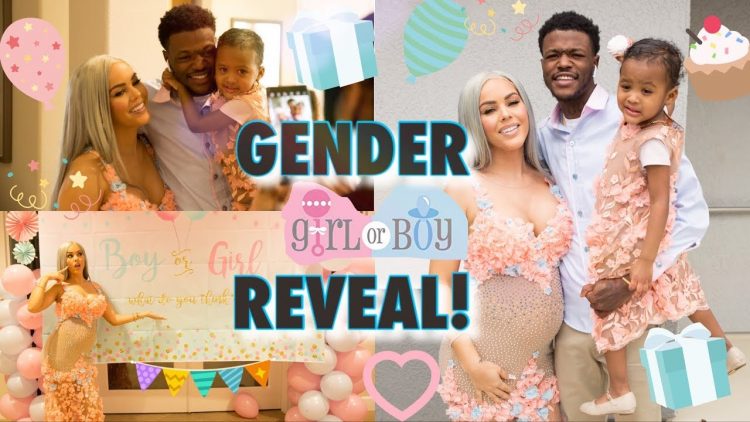 It will be another girl for D.C. Young Fly and his longtime girlfriend, Jacky Oh. The couple learned the sex of their baby on the way at their recent gender reveal party.

For the big reveal, the dad-to-be popped a black balloon and pink confetti fell out to his dismay. After waiting a whole five months to find out the gender of his unborn child, D.C. had hoped for a boy.

“First of all, it’s a blessing to have children because some people can’t have children,” he remarked to Jacky after the party while their daughter, Nova, sat in between them.

He continued, “I had a whole feeling. You couldn’t tell me i was having a girl so that whole anticipation of knowing i had a boy and then it come out like, no you having a girl. So what was that feeling? I thought i had a father-son connection. It’s still a blessing to have kids.”

“I’m  blessed to have another child, another girl,” he added.

Meanwhile, Jacky and Nova got exactly what they wished for-a girl!

DC Young Fly and Jack OH announced on March 13th that they are expecting their second child together. Jacky took to social media to share the happy news with her fans. “With so much craziness happening in the world , here is my little chunk of peace & happiness. God chose me again & I’m so grateful to bring another life into this world,” she captioned under a family photo.

“Us women are a divine power that hold the portal of life within us. so blessed & thankful for u my new baby,” she added

D.C, real name John Whitfield, is a comedian, actor, host, rapper, and singer best known for his “roasting sessions” videos on Instagram and Vine. He is also one of the recurring cast members of the show Wild ‘N Out on MTV, where he met fellow Wild’N’ Out star Jacky Oh. The pair welcomed their daughter in October 2016.

K. MICHELLE UPDATES US ON HER IVF JOURNEY: 'ME AND KASTAN KEEP PRODUCING BOY EMBRYOS'