They Have All Sorts Of Dance Moves! 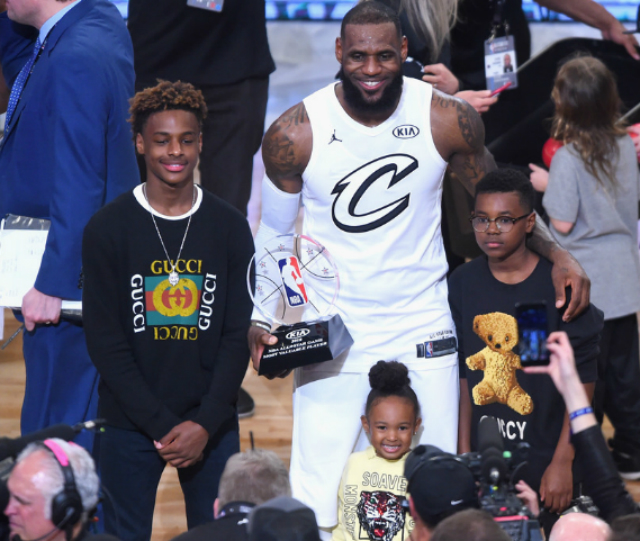 LeBron James and his kids – Bronny, Bryce, and Zhuri – are navigating self-isolation by way of TikTok. The celebrity father and his kids uploaded new videos to the social media app this past weekend.

One video featured LeBron dancing in the kitchen alongside Bryce and Zhuri. The James kids were color-coordinated with Bryce rocking yellow shorts that matched Zhuri’s shirt. Zhuri was so into the moment that she was able to hold a popsicle in her mouth while doing the routine. “Zhuri is a whole vibe,” one fan said. “Love me some Zhuri,” another social media follower wrote online.

Another TikTok video showed all three of the James kids dancing. Bronny, the oldest, joined his brother behind Zhuri. “Look at Zhuri and her backup dancers,” one BCK Instagram follower wrote. She definitely appears to be the shining star of the family, doesn’t she?

It was just a few weeks ago that Zhuri James and her mom went viral after giving YouTube fans a natural hair video to remember. Many could not get enough of Zhuri’s cuteness as she modeled her mother’s hairstyle creations.

The James brothers have also been busy these past few weeks. Bronny and Bryce are presently training at the UCLA Training Center with their dad. LeBron normally trains at the Lakers facility but has been unable to stick with his routine lately because of the coronavirus pandemic.

The NBA has postponed its season until further notice, which means that training facilities across the nation are presently closed. Gyms in Los Angeles are also inaccessible because of the virus. Thankfully, LeBron and his sons were able to lock in an exclusive workout session at the UCLA Training Center during these challenging times.

The James family has dominated social media over the past few weeks. Stay tuned for more celebrity TikTok dance videos!