"I Will Not Be There" 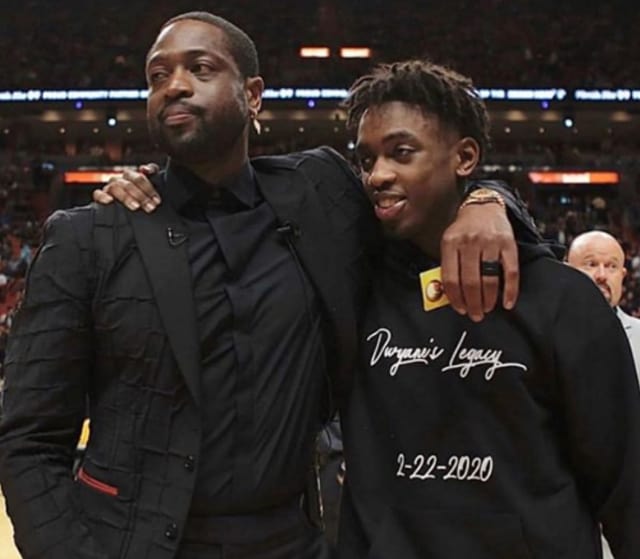 “I will not be there,” Dwyane said during an interview on TNT. “My son ain’t playing and I don’t want to do nothing to the coach,” the celebrity father revealed. “So, I won’t be there,” Wade declared. “I won’t be there, but I’ll be rooting for the kids.”

Zaire Wade has played during Sierra Canyon’s basketball season. The young athlete did not, however, play during the game that launched the team into the CIF championships. Andre Chevalier is presently the team’s coach and has not publicly commented on his relationship with Zaire Wade either way.

Zaire commented on the pressure that comes with being Dwyane Wade’s son during an interview with Overtime last year. “When somebody calls me Dwyane Wade’s son, I don’t really like it,” he admitted. “I think a lot of people think it’s easy,” Zaire said. “I think they think I have it made for me.”

The young athlete went on to explain, “Being the son of an NBA player, I have to try to differentiate [between] people who want to be my friend for me or for my last name. It’s sad that people think I don’t do anything. But all it does is motivate me.”

CORONAVIRUS DECLARED A NATIONAL EMERGENCY: 5 THINGS TO KNOW TO KEEP YOUR FAMILY SAFE

CORONAVIRUS DECLARED A NATIONAL EMERGENCY: 5 THINGS TO KNOW TO KEEP YOUR FAMILY SAFE