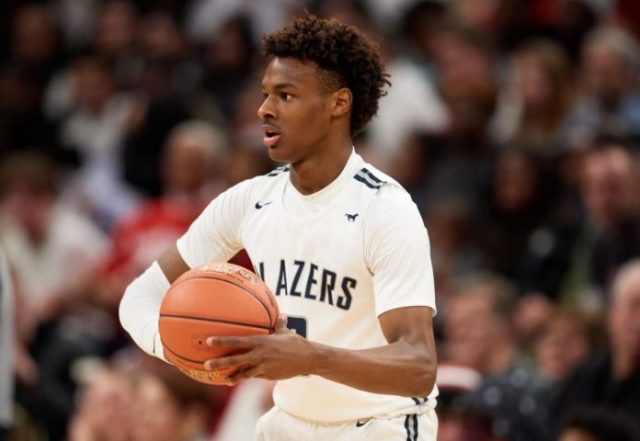 Lebron James couldn’t not be prouder of his son, Bronny James and he is letting everyone know on social media. The high school athlete and his teammates clinched the title in a 59-48 victory, becoming the CIF Southern Section Division Champs.

The victory helped Sierra Canyon win the district title for the second year in a row. While the younger James didn’t score during the contest, he made up for it on defense. James wasn’t able to join his son during the basketball game due to the fact that he and the Lakers were out on the road. But that unquestionably didn’t stop the proud papa from letting everyone know that he was vicariously living the moment with his boy and his teammates.

Could this be the start of many more titles to come in James’ future? We think so. Congratulations are definitely in order for Bronny James and his teammates at Sierra Canyon. Okay boys, let’s set it up and go for the trifecta next year!