"Known It For Nine Years" 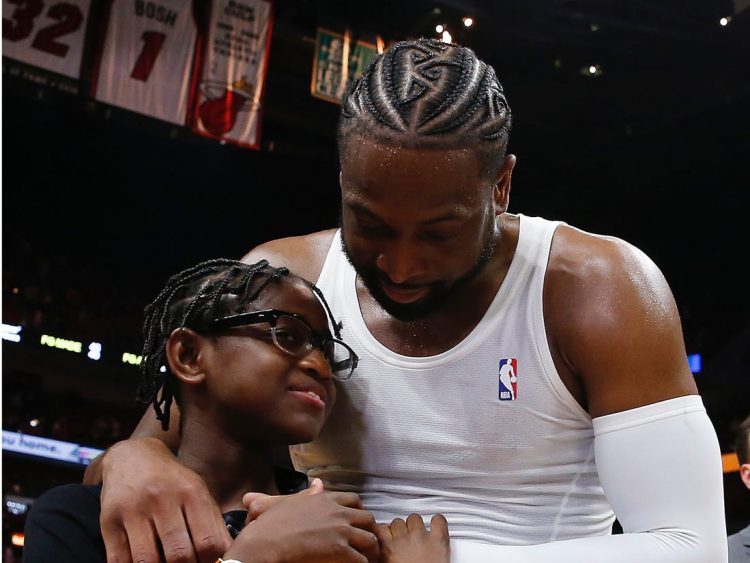 Dwyane Wade did not initially want to share Zaya Wade’s gender identity story with the world. The former NBA player tells Good Morning America why he was reluctant to talk about his daughter’s journey in his forthcoming ESPN documentary, D. Wade: Life Unexpected.

Dwyane Wade introduced his daughter, who was born a boy, to the world during his recent interview with Ellen DeGeneres. The celebrity father told the talk show host that Zaya came to him with her new name.

“Zion, born as a boy, came home and said, ‘Hey, so I want to talk to you guys. I think going forth, I’m ready to live my truth. And I want to be referenced as ‘she’ and ‘her.’ I would love [it] if you guys would call me Zaya,” Dwyane said. The celebrity father and his wife, Gabrielle Union, have honored Zaya’s wishes ever since.

Many praise Dwyane Wade and Gabrielle Union for supporting Zaya on her journey. The celebrity father tells Good Morning America, though, that it is Zaya who leads the way.

“She is our leader,” Dwyane reveals. “[She has] known it for nine years since she was 3 years old,” the celebrity father adds. “Zaya started doing more research. She was the one that sat down with us as a family and said, ‘Hey I don’t think I’m gay.’ And she went down the list and said this is how I identify myself — I identify myself as a young lady. I think I’m a straight trans because I like boys.”

Wade further explains, “It was a process for us to sit down with our daughter and find out who she is and what she likes and not put something on her — we decided to listen to her and she’s leading us on this journey.”