There Is No Bun In The Oven 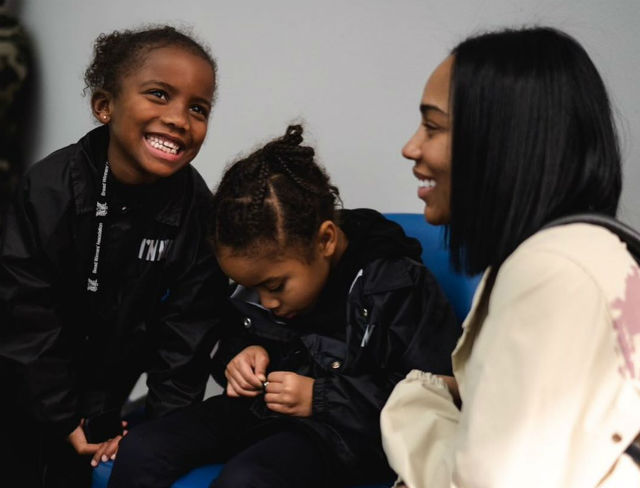 Kevin Gates and wife Dreka Gates are not expecting a child any time soon. Despite the constant pregnancy rumors, the couple maintains that there is no “bun in the oven.” Kein Gates addressed the gossip during a recent interview with Complex.

“That shows you how the Internet is,” Kevin said when he and his wife were asked if they were expecting a child. “I said, ‘She doesn’t have a bun in the oven. She’s got something in the slow cooker,'” the rapper said of the social media post that caused many to think that his wife was pregnant. “She drank a lot of water and her stomach was sticking out,” Kevin said.

Dozens celebrated Kevin and Dreka Gates on what they thought was a pregnancy announcement a few weeks back. The rapper took to his social media page to joke about how much water his wife drank in a day. Dreka had consumed so much of the liquid that her stomach protruded. Some saw the bloating and thought it was a baby bump.

“That’s cool,” Kevin said of the rumors that spread as a result of his humor. “I don’t owe anybody an explanation,” he added. “I said what I said and I meant it.”

Do Dreka and Kevin Gates plan to have kids in the future, though? “I can see it,” the rapper revealed. Dreka clarified that she would like to have children “once we’re on the farm” that she and Kevin are planning to move into in the coming months.

BCK Asks: How many kids do you think Dreka and Kevin Gates will have once they settle into farm life? Tell us what you think!