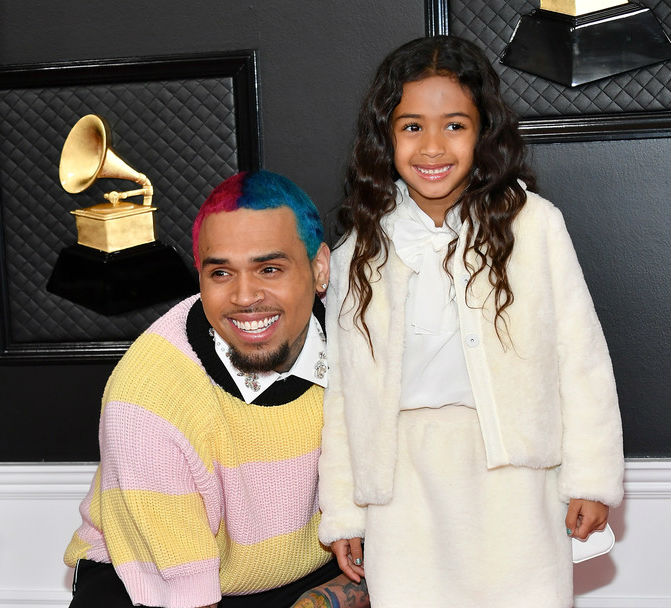 Chris Brown and daughter, Royalty Brown, were all smiles as they posed on the red carpet of the 62nd Annual GRAMMY Awards at Staples Center on January 26, 2020 in Los Angeles, California. Dressed in a cream-colored sweater and skirt outfit, Royalty was the epitome of adorable.

According to a post on the five year old’s Instagram page, her outfit was inspired by her dad’s shoes. “My daddy’s date! … Daddy wanted my outfit to match his shoes!”

Chris, who is nominated in the Best R&B Song category, recently welcomed his second child — a son named Aeko — on November 20, 2019.

Brown introduced his son to the world in an Instagram post on December 11th. “AEKO CATORI BROWN,” Brown wrote along with a black-and-white photo that showed the three-week-old’s tiny toes held in Brown’s hands. 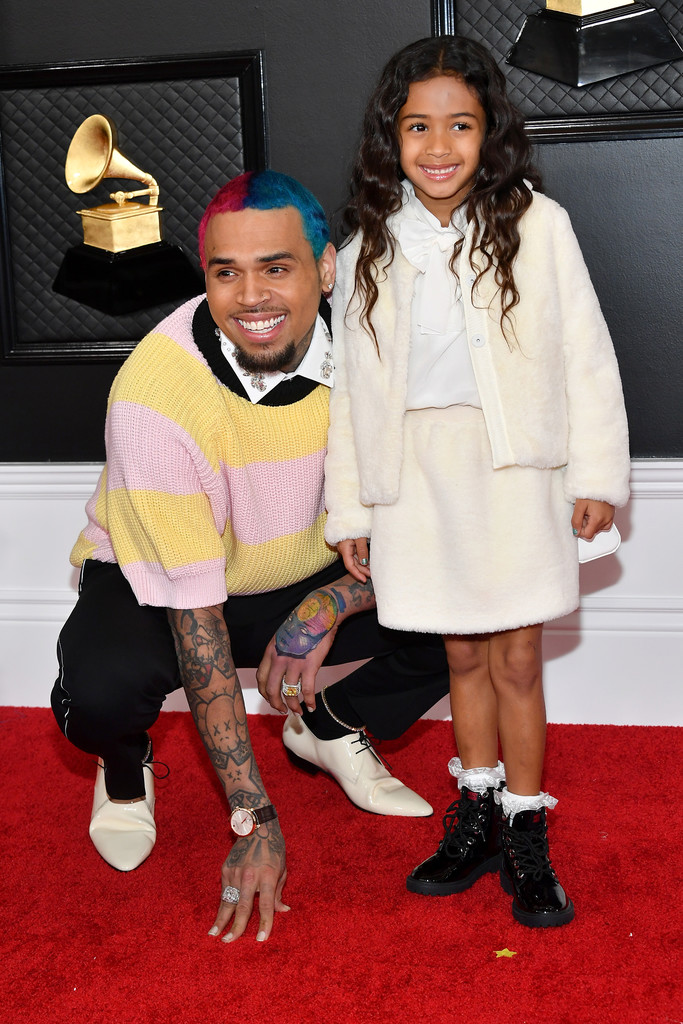 Harris also reposted the same photo in her Instastories with the caption, “Forever won’t be enough with you.”