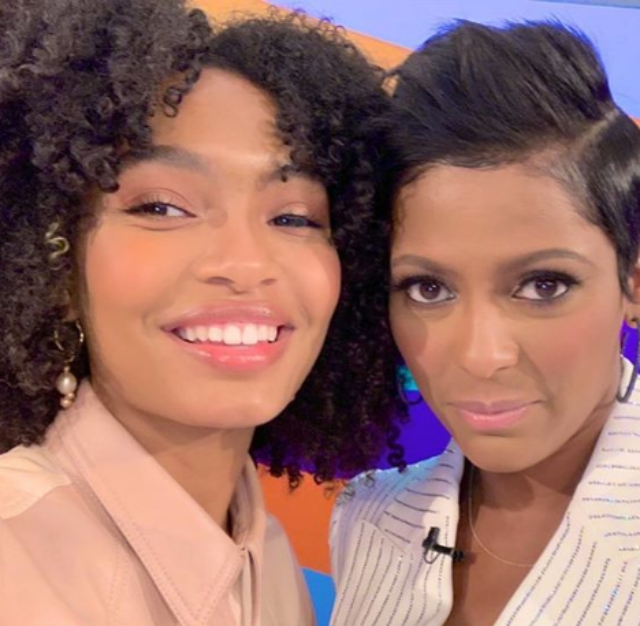 Yara Shahidi for president? The Grown-ish star thinks such a concept is quite amazing. The young star recently stopped by The Tamron Hall Show to talk about her career and delve into the notion of Oprah viewing her as presidential material.

“I’m just honored to be in a position where all of the people who have literally paved the way, and continue to pave the way, are of such support,” Yara said of Oprah’s comment in which the media mogul said she hoped to be alive when Shahidi ran for president of the United States. “It’s surreal to think that anyone can see me and think, ‘President.’ But I’m grateful,” Yara told Tamron.

It is not far-fetched to see Yara Shahidi as a future politician. The Grown-ish star was, after all, one who encouraged her peers to get out and vote during the 2018 midterm election.

Yara’s passion for a variety of things comes from her parents’ rearing practices. Afshin and Keri Shahidi encourage their kids to pursue all of their passions in life.

“I think my parents absolutely are the reason that we’re able to go through this world [of show business] successfully,” Yara told Tamron Hall. “The first thing that they said was acting is something that we do but not who we are, which may sound counterintuitive but it really stems from this pace of, ‘Go explore all of your other hobbies.’ My mother always says, ‘There’s nothing more interesting than an interested human.'”

Yara and her family had an example of how to navigate life in Hollywood in the person of Prince. “Just as a family, we talk about Prince’s impact on us,” the young star told Tamron Hall. “He established what it means to move through this world [of show business] as a family affair,” Shahidi added. “He genuinely supported everyone around him.”

You can catch Yara Shahidi on Grown-ish, which airs every week on Freeform. Stay tuned for more young stars’ news!