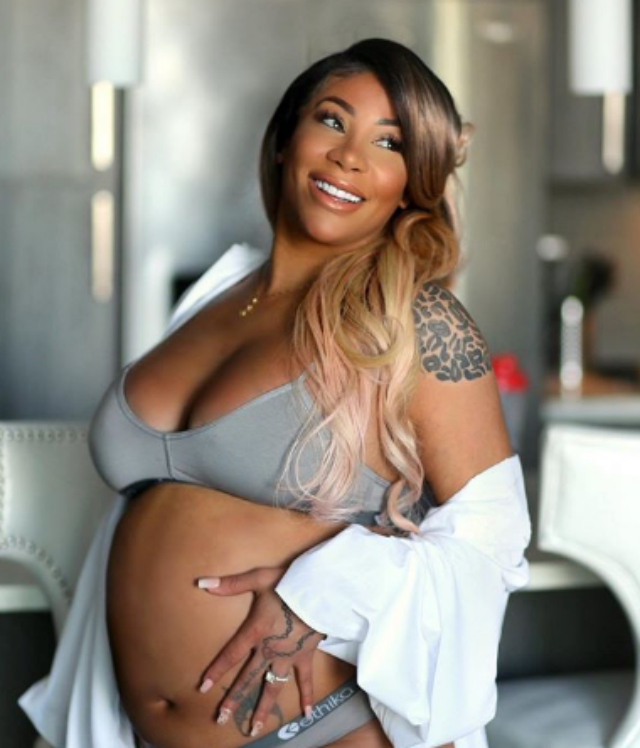 Hazel-E definitely has the pregnancy glow! The pregnant Love and Hip Hop: Hollywood (LHHH) star shared pictures from her recent maternity photoshoot that featured her in the most fabulous light.

“Mr. & Mrs. Waller #2020,” Hazel told her Instagram fans. The celebrity also uploaded a picture of her with her fiance, De’Von Waller, that was nothing short of beautiful. “Y’all look hella happy,” one fan said. Another of Hazel’s followers wrote, “She got that glow up.” Yes, she does!

Hazel-E shared the news of her expectancy last year. The LHHH star uploaded a video clip that showed her listening to an ultrasound of her unborn during a visit to the doctor’s office to indicate her family’s expansion.

“I’m so nervous, happy, and anxious to take this journey,” Hazel told her fans. The expectant star went on to explain why she decided to wait until she was well into her pregnancy to make the big public announcement. “We went half and made it through the first trimester,” Hazel said. “[I] just wanted to make sure we secured the baby,” she added.

Many may remember Hazel-E from her role as a cast member on Love and Hip Hop: Hollywood. The celebrity was often viewed as the underdog and, thus, counted out in many ways by other cast members. Hazel-E, however, has done well for herself as evidenced through her and De’Von’s union and pending wedding.

“God had a plan when he placed you in my life @devonwallerofficial,” Hazel told her husband-to-be in a recent Instagram post. Stay tuned for more Hazel-E baby news!