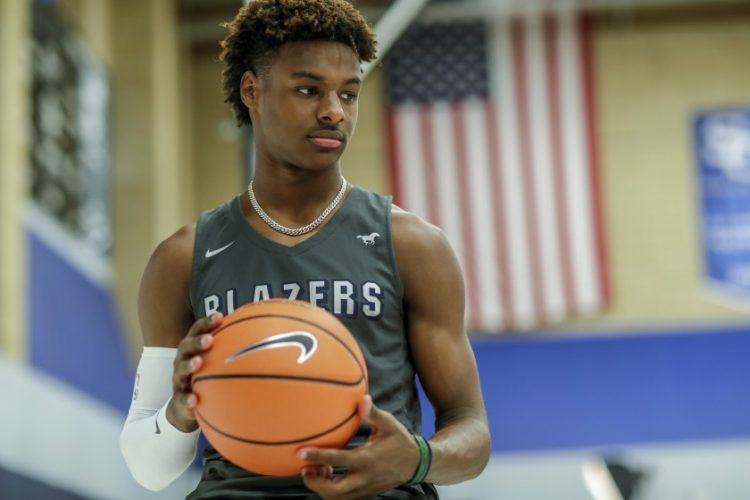 LeBron “Bronny” James Jr. (son of three-time NBA champion LeBron James) is only a 15-year-old high school freshman, and isn’t set to graduate until 2023. However, that did not stop North Carolina Central University (NCCU) from offering James Jr. a basketball scholarship on Sunday, January 5.

NCCU is one of the few Division I schools to have sent James Jr. a scholarship offer, and they certainly will not be the last. In fact, James Jr. was even receiving letters and scholarship offers from colleges when he was 10-years-old, which LeBron James was not too pleased about, saying: “It’s pretty crazy. It should be a violation. You shouldn’t be recruiting 10-year-old kids.”

The odds of NCCU landing James Jr. are highly unlikely, as many people predict that James Jr. will attend Duke University due to his father’s connection with Duke Basketball’s head coach Mike Krzyzewski. LeBron James played for Krzyzewski while he was head coach of the USA Olympic Men’s basketball team and together, they won two Olympic Gold medals in 2008 and 2012. LeBron James even praised Krzyzewski on Instagram and hopes that he would still be coaching when his son graduates high school. “Love Coach K!! The absolute BEST! Hope he’s still at the helm when my boy comes up.” To his credit, Krzyzewski attended an EYBL Nike game in 2019 to watch James Jr. play.

Another possibility is that James Jr. skips college altogether and heads directly to the NBA. The NBA is expected to end its “one and done” rule, which requires high school graduates to attend college for at least one year before going to the NBA, by 2022. This would allow James Jr. to enter the NBA right out of high school like his father did.

In the meantime, James Jr. plays for Sierra Canyon High School’s basketball team of California, one of the best high schools in the nation with a current record of 15-2. Sierra Canyon’s most recent game was against Minnehaha Academy, and they were defeated 78-58, with James Jr. scoring five points in 18 minutes.