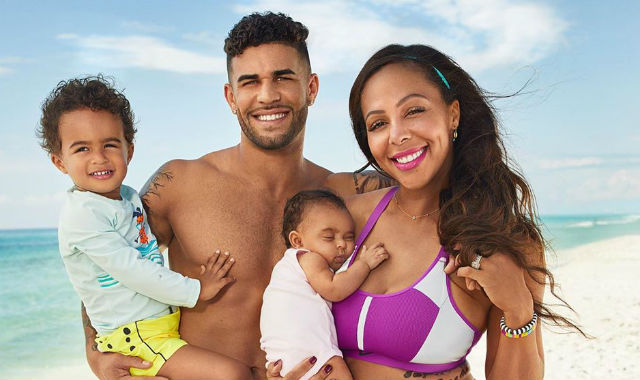 Olympic Gold medalist and World Cup champion Sydney Leroux Dwyer is a literal ‘soccer mom’, having returned to play for her team, the Orlando Pride of Florida, after having two children, her 3-year-old son Cassius and her 5-month-old daughter Roux, who was born in June 2019. Her husband, Dom Dwyer, who she married in 2015, plays for the Orlando City SC, the respective men’s team of Orlando, Florida, which conveniently shares the same stadium as the Orlando Pride. The schedules for their teams are set so that one of them is home to care for their children when the other has an away game.

Having baby Roux at the beginning of her season was not always part of Leroux Dwyer’s plan; she was due to have a child before the season started, but unfortunately she suffered a miscarriage. A month after the miscarriage, she became pregnant again with Roux, and while many expected her to miss the entire season, Leroux Dwyer set her sights on returning during the season. “My plan was to be back this season regardless of what it looked like,” Leroux Dwyer tells Parent magazine. “I was going to make it happen.”

Not only did Leroux Dwyer train while she was pregnant, she returned to training just five weeks after having baby Roux with her doctor’s permission. On training after her pregnancy, Leroux Dwyer says: “When you give birth your body is different. I still have baby weight from my pregnancy. You have to almost learn how to use your body again. It’s like your mind works but your body doesn’t keep up. I still feel like I have a ways to go but every day I feel stronger.”

On Sunday, September 29, 2019, Leroux Dwyer returned to the pitch to play her first game only three months since having Roux. She was overcome with emotions and cried after the game, saying: “I made a promise to myself that I had to keep. It was such a beautiful moment. It was special to be back on the field with the people who went through everything with me, including my husband and kids.”

When asked how she balances motherhood with her soccer career, Leroux Dwyer’s reply is: “You just do. This is absolutely what I was meant to do… I was meant for soccer and motherhood, and I can do both.”

GET THE POPULAR BLUME DOLL BEFORE CHRISTMAS! AND IT'S ONLY $9