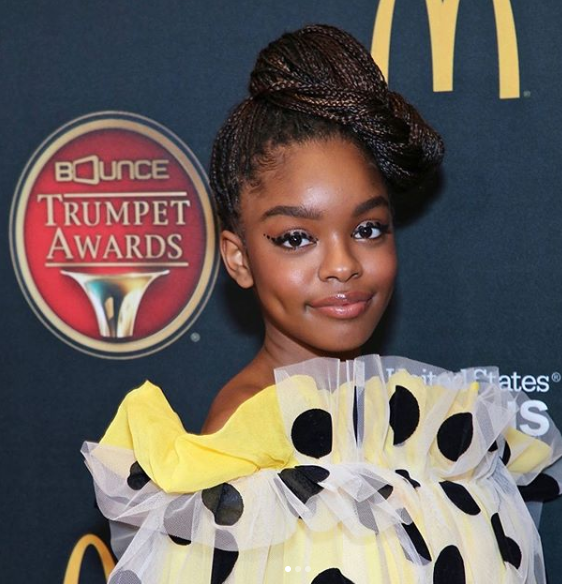 Marsai Martin is back in the producer seat as she is developing a new deal, under her Genius Productions banner, with Universal, entitled, Queen.

Camila Blackett, will write the script for the upcoming big screen project, in addition to executive producing the feature comedy, but the plot is currently being kept secret. Joshua Martin, Carol Martin and Prince Baggett will also produce. Senior Vice President of production Sara Scott and Director of Development Lexi Barta will oversee the new deal for Universal.

Martin’s first project with Universal, Little, grossed $40.6 million at the domestic box office. In addition to her latest project in the works, Martin is also attached to produce an onscreen adaptation of Amari and the Night Brothers with Universal.

Marsai Martin is definitely not your average teenager! There is unquestionably nothing that this talented teen cannot do.