DRAYMOND GREEN HAS SUPPORT OF FIANCEE AND KIDS AT JERSEY RETIREMENT 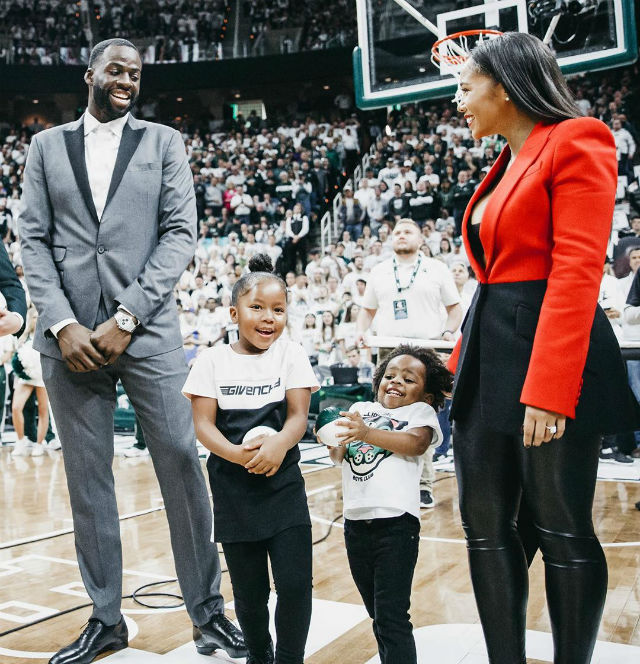 Three-time NBA champion Draymond Green is known as the ‘heart and soul’ of the Golden State Warriors, but before he became an NBA star, he played for Michigan State University’s basketball team and was one of the school’s best players. Seven years after he left Michigan State for the NBA, Michigan State officially retired Green’s No. 23 jersey on December 3rd.

Whoa! Wow! Wow! To Be Where You Are In Life, At This Moment, At This Time…Look @ God🙌🏼 What A Night To Remember! I Am Happy To Witness The Village That Poured Discipline And Hard Work Into You From The Gate And Yourself Being Able To See It All Come Together! You Are So Deserving Of This Honor! 29 And In Your Prime! You My Baby @money23green Are Rare! Cherish This For Life #RaftersBaby #MSUspartans #OneJerseyDown #FamilyAffair #AllSmiles ✨💚🤍 {swipe➡️}

Green’s fiancée, actress Hazel Renee and her daughter and his son Draymond Jr. (from a previous relationship) attended the event, with Renee posting her congratulations to her fiancée on Instagram. Also present were many of Green’s friends and fellow Warriors, including his teammate, three-time NBA champion Klay Thompson and Warriors owner Joe Lacob. Green was honored during a halftime ceremony of Michigan State’s nationally televised game against Duke University (Duke won 87-75). After receiving a game ball, Green watched as his No. 23 jersey was raised into the rafters of the Breslin Student Events Center. He then gave an emotional speech, telling the sold-out crowd:

“As a kid from Saginaw, Michigan, my hopes and dreams were to play at Michigan State. It was never to get my jersey retired, and I lived that dream. This is special. I come here, and every time I walk into the arena, I look up there. And, now, when I walk in here, I’m going to see my name up there.” 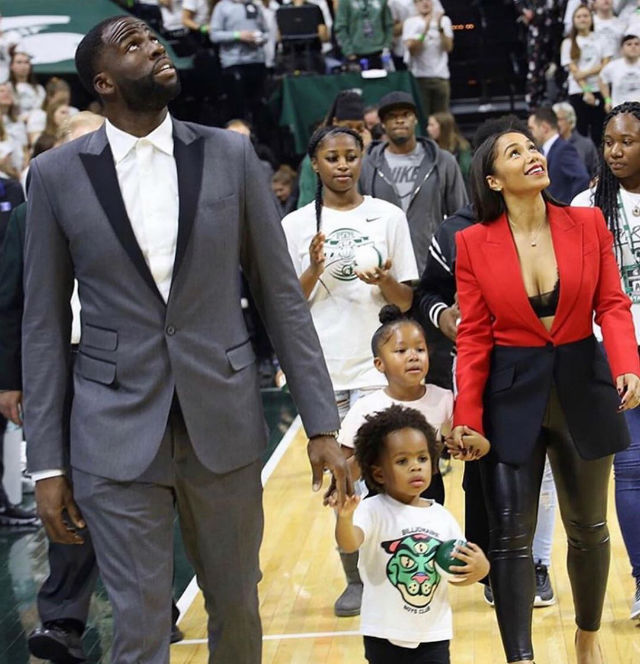 In addition to two Final Four appearances in the NCAA March Madness tournament, Green also led Michigan State to three Big Ten regular-season titles and a conference tournament championship. He is also Michigan State’s all-time leader in rebounds with 1,096. Even though his days as a Michigan State student-athlete have long since ended, Green is still very loyal to his alma mater and often donates his time and money to the school. Tom Izzo, Michigan State’s head coach, spoke fondly of his former player getting his jersey retired: “There’s only 10 banners in the ceiling (now), and I can’t think of anybody who deserves it most. Some got it for what they did on the court, and I think Draymond’s is going to be there because of what he did on the court, what he did for the program, and for what he’s done for the university. And that’s pretty cool.”