Home » NEWS » ANGELA SIMMONS AND SON GET IN THE HOLIDAY SPIRIT

ANGELA SIMMONS AND SON GET IN THE HOLIDAY SPIRIT

"You Bring Me Joy" 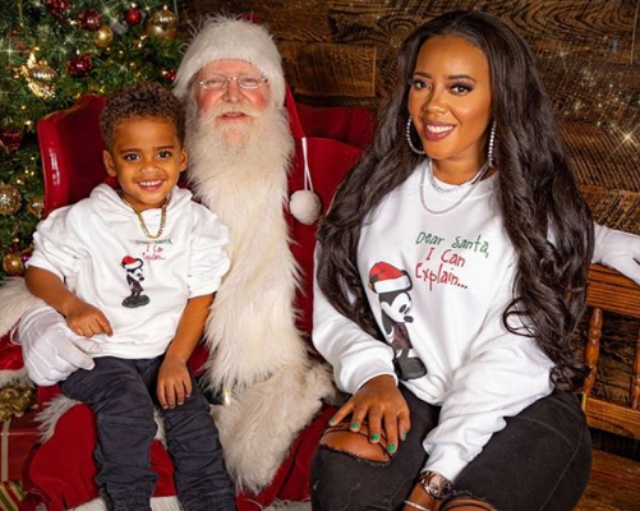 Angela Simmons and her son, Sutton Tennyson Jr., are into the holiday spirit. The celebrity mom recently shared pictures of herself while decorating her home and visiting Santa Claus with her little one.

Angela and Sutton were dressed in matching pajamas while decorating the Christmas tree. “[I] couldn’t wait to come home and do this with him,” the celebrity mom said. Simmons also uploaded a picture of her smiling while showering love on her son. “Motherhood [is] one of the most rewarding yet challenging hoods there,” Angela told her Instagram fans. “You bring me Joy,” the celebrity mom wrote to her son.

M O T H E R 💫H O O D – one of the most rewarding yet challenging hoods there are lol . You bring me Joy !! Happy Holidays !!! Santa I can explain hoodie up now on my site Purposeiam.com @purpose_app !!! Shop now . Get your sweater before Christmas !!! ♥️

Perhaps, two kids will bring Angela Simmons even more joy. The celebrity mom recently shared a video clip of her son telling his mom that he wanted a brother. “What does he want me to do with this information,” Angela jokingly asked. Someone suggested the celebrity mom adopt a pet for her little one. That doesn’t sound like a bad idea!

It has been a little over a year since Angela Simmons lost the father of her child to gun violence. Sutton Tennyson Sr. was murdered in the garage of his Atlanta home last November. Angela has worked to keep the memory of her son’s father alive ever since while also adjusting to life as a single mom.

Romeo Miller, a longtime friend of Angela Simmons, promised that he would be present for both her and little Sutton Jr. after hearing of Angela’s loss. The recording artist, however, has apparently fallen through on his vow, which has created a bit of tension.

“This season things just kind of went left,” Angela said during a recent interview with The Breakfast Club. “After everything happened with me and my child’s father and what happened with my son, he was like, ‘I’m going to be there for you,’ and he said this on TV.” Romeo hasn’t been as present as he previously stated.

Still, there is a longstanding relationship between Romeo and Angela. How will the two mend things? We will, of course, have to keep up with Growing Up Hip Hop to find out!