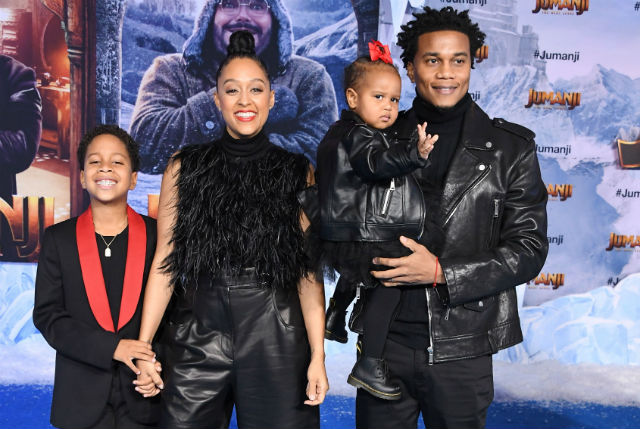 Tia Mowry, husband Cory Hardrict, and their kids Cree and Cairo Hardrict attended the Premiere Of Sony Pictures’ “Jumanji: The Next Level” on December 09, 2019 in Hollywood, California. The family of four were dressed in all black as they posed for pictures on the red carpet.

Mowry recently shared in a Youtube video that she has lost 60 lbs since welcoming her daughter Cairo Tiahna Hardrict last May. The mom of two says that exercising has also helped her with her post-partum depression.

“Everybody has a different journey. I just want people to understand that they don’t have to have that snapback body two months after having a baby. I feel like we live in a society that pushes that. That’s why one of the main reasons I want to show myself in a vulnerable place,” she explained.