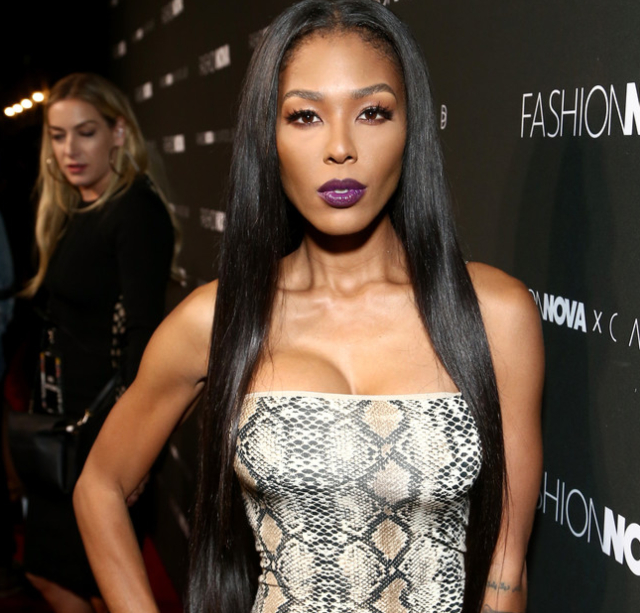 The Love and Hip Hop: Hollywood reunion (LHHH) became explosive when Apryl Jones and Lil Fizz began discussing the status of their relationship. Moniece was not accepting any disrespect from her child’s father and his girlfriend.

The segment began with a series of clips that seemed to place blame for B2K’s tour being cut short on Apryl’s shoulders. Lil Fizz was warned by J-Boog that the only way to clear the air with Omarion, the father of Apryl’s children, was to make things clear.

Both Apryl and Fizz clarified the status of their relationship during the show’s season and on last night’s reunion episode. Such was not enough, though, to keep the celebrities out of the hot seat as Moniece shared her thoughts on the matter.

Catch my interview with @kendragmedia next week Monday!!!! You won’t want to miss it ❤️

Apryl Jones and Lil Fizz attempted to convince viewers that Moniece was lying and that she did, in fact, care about the status of their relationship. “She hasn’t been to a game in I don’t know how long,” Fizz said. “Right,” Apryl affirmed. “I show up.”

Twin lost a tooth chile….😍😍😍 Then he fell into a cactus 😩😒 #whataday

The celebrity mom went on to tell Fizz and Apryl, “I don’t know what the f*ck I’m walking into on any given g*dd*mned day. I’ve been to jail for cracking a b*tch’s sternum and fracturing her cheekbone. I’m not going back! So I’ll sit at home!”

The status of Apryl Jones and Lil Fizz as a couple has come with much scrutiny this year. Some criticize the celebrities for being in a relationship when Apryl and Omarion have children together and Lil Fizz is part of the group, B2K, of which Omarion is also a member.

My goal is that someone sees my page and decides to grow strong, live YOUR life, and not give a f*ck.❤️

Still, even with the criticism, Apryl and Fizz remain devoted to one another. “We don’t live our lives for the people,” Jones declared on last night’s episode of Love and Hip Hop: Hollywood. Stay tuned for more celebrity parent news!