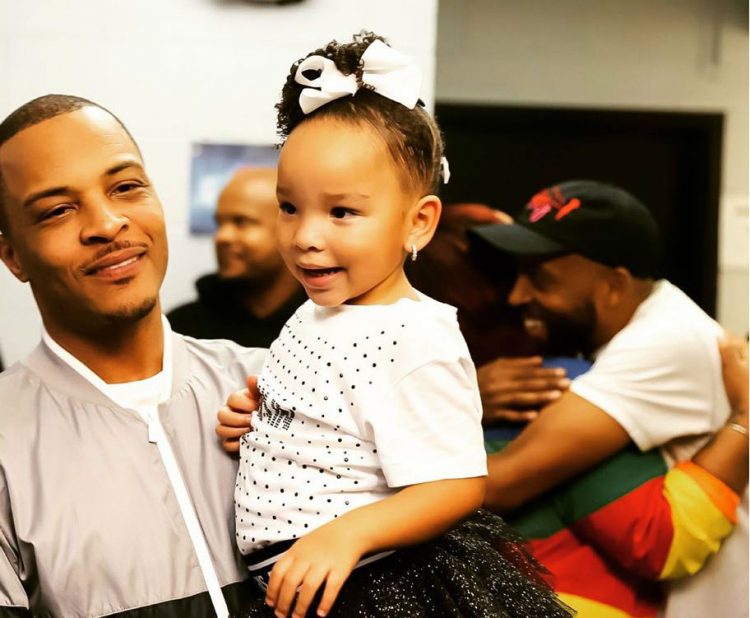 Heiress Harris joined her parents, T.I. and Tiny Harris, backstage at the R&B Replay Concert Series, which took place at Center Stage in Atlanta, Georgia, last week. The youngster was definitely in good company as Heiress was surrounded by her mom and other performers at the event.

Heiress proved herself fearless as she took the stage with Tiny at one point. The little one stood beside her mom who gave the crowd what they came to see: a spectacular performance. “She’s a little doll,” one Instagram wrote in response to seeing a picture of Heiress standing beside her mom. “She’s so beautiful,” another social media follower said. “A bit of both of y’all,” the fans shared regarding Heiress’ physical features.

T.I. was also present to support Tiny Harris and Heiress onstage. The celebrity father took a cute candid backstage in which T.I. was captured while holding his daughter.

Criticism has been strong against the ‘Live Your Life’ rapper ever since T.I.’s ‘Hymen-gate’ scandal. The controversy has become so widespread that New York State is considering the notion of banning what some recognize as “virginity testing.” According to doctors, virginity testing is highly invasive and could even be painful to the patient.

“We need to send a message to the world saying that this practice of virginity exams is unnecessary and that it should be deemed unacceptable,” New York Assemblywoman Michaelle Solages said in a statement.

T.I. did not condone in virginity testing during his controversial interview with the co-hosts of Ladies Like Us. He did, however, infer that he ensured his daughter Deyja Harris was still a virgin by accompanying her on a visit to the gynecologist and asking the doctor if his daughter’s hymen was still intact. A “broken” hymen is, of course, not always a sign of a woman losing her virginity. T.I.’s comments, therefore, shed light on traditional perceptions regarding virginity that have no basis in facts.