HELLO SUNDAY ADVANCES ON ‘THE VOICE’ 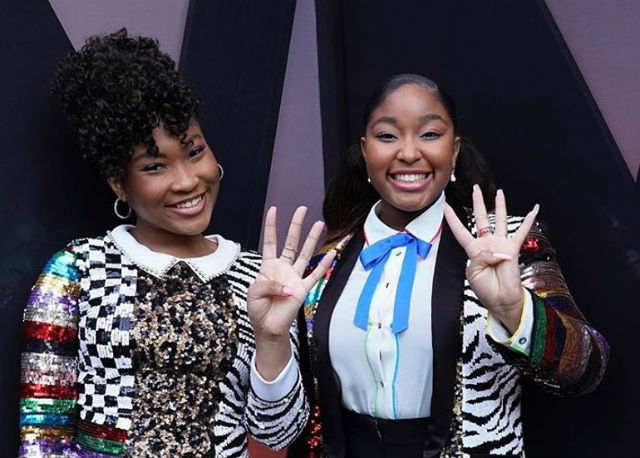 Season 17 of NBC’s ever-popular singing competition ,’The Voice’ , has come down to the final ten performers. Among them are Myla Finks and Chelsea Glover, the singing duo known as Hello Sunday. The duo secured their spot in the Top 10 on Monday, November 25 after their performance of the hit pop song “The Middle” by Zedd, Maren Morris and Grey; a song that the viewers of the show selected for them.

(SOUND ON) Our song that we’re singing tonight on The Voice is NOW AVAILABLE! With the help of our coach @kellyclarkson we have a new spin on “The Middle” by @zedd and @marenmorris Every stream and purchase counts as a VOTE! Please go stream or buy! THE LINK IS IN OUR BIO ♥️💙 #themiddle #hellosunday #thevoice

The four judges of ‘The Voice’: pop icon Gwen Stefani, R&B singer John Legend, pop singer Kelly Clarkson and country star Blake Shelton, decide along with the viewers on which performers advance or are eliminated. Hello Sunday first turned heads on ‘The Voice’ with their audition song “This Is Me” by Keala Settle of “The Greatest Showman” which led to Clarkson selecting them as members of her team. Since then, the dynamic duo has prospered on Team Clarkson, thrilling viewers with their excellent performances and proving their worth by earning a spot on the show’s Top 10.

Hey WEEKENDS! If you’re awake and seeing this, please go VOTE for us on The Voice App 10 times and Vote for us on The Voice website 10 times! Also please click the link in our bio and stream our song from tonight’s performance! We need your VOTES! We can do this together ♥️💙 #themiddle #hellosunday #thevoice

Both 14-years-old, the two Georgia natives Finks and Glover met two years ago at a performing arts camp in Atlanta, Georgia. After noticing how well their voices complement each other, Finks and Glover teamed up and became Hello Sunday. After going viral online, the musical pair performed gigs at local events, and now two years later, they are among the final ten performers on ‘The Voice’. Hello Sunday have already set a record as the youngest duo ever on ‘The Voice’, and if they were to win the whole competition, Hello Sunday would make history as the very first duo to ever win ‘The Voice’.

Clarkson makes it known how proud of Hello Sunday she is, saying: “You sing like women, but you’re fun like 14-year-olds, but you also are so poised. You’re just all these things and to be that young and to be that gifted and talented and ready is just an anomaly. I’ve never seen anything like it. I’m so proud that you’re on my team [and] I get to hang out with y’all.”

Viewers will get to find out if Hello Sunday advances to the Top 8 of ‘The Voice’ on Tuesday, December 3, where two performers will be eliminated.

KANDI BURRUSS AND THE FAMILY SPEAK ON 'RHOA,' BABY BLAZE, AND MORE!