They Received The Legend Award 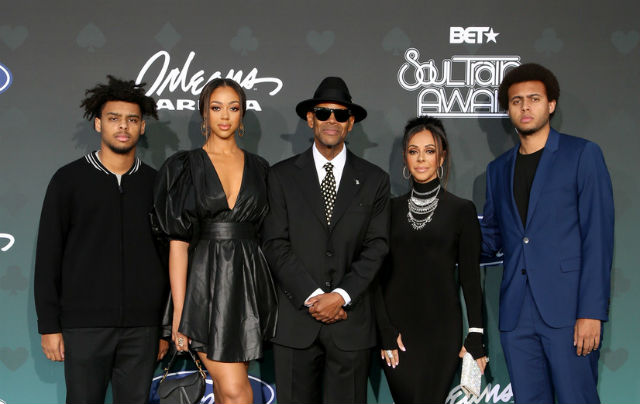 Jimmy Jam and Terry Lewis brought their families to the 2019 BET Soul Train Awards, held at the Orleans Arena in Las Vegas, this past Sunday (November 17). The veteran creators were honored with The Legend Award for their incredible careers that span more than thirty years.

congrats on your legend award, legend 🖤✨🏆

“I want to thank the people who gave us safe havens, that gave us a basement to work in, that listened to the noise before it became songs. That’s so important,” Terry Lewis said during his acceptance speech. “There’s so many people to thank I can stand up here all night,” he added.

“I want to most thank my beautiful wife for giving me enough ground, enough rope, to do the work that I’ve got to do,” Lewis shared.

“It takes a lot to love the music because sometimes she don’t love you back. You’ve got to love her every day. She’s jealous. She don’t want you to do nothing else.”

Jimmy Jam also thanked his family. “I’m going to first thank my wife, Lisa, who’s been with me from so long back,” Jimmy shared. “The gift that Lisa gave me is what I like to call my greatest production, which is my kids – Tyler, Max, and Bella – because that’s what it’s all about.”

Jimmy Jam and Terry Lewis are known for their many hit records, which include ‘Human’ and ‘The New Style.’ The producers have won many awards for their hard work and continue to influence the music industry. Stay tuned for more celebrity family news!

LL Cool J and his wife, Simone Smith, are the proud grandparents of a girl....

Actress Charlize Theron usually keeps her children out of the public eye, but she made...

DR. DRE’S DAUGHTER CALLS OUT 50 CENT FOR ‘MISOGYNISTIC’ POST ABOUT HER MOM

Rapper 50 Cent has many fans, but Truly Young, the daughter of rapper Dr. Dre,...

Chris Brown's daughter, Royalty Brown, along with her sister, Sinatra, are the latest models for...