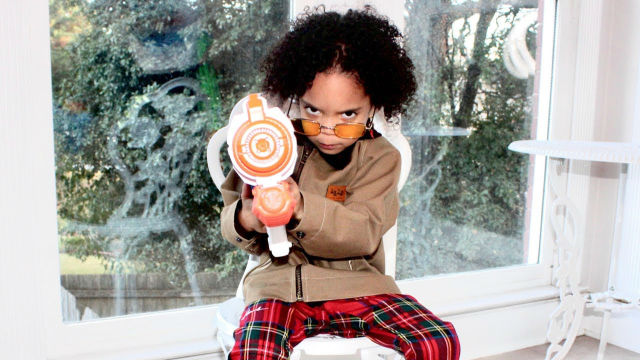 Four-year-old rapper, ZaZa, has released a new music video for her song ‘That’s A NoNo,’ and it features That Girl Lay Lay! This youngster is definitely making moves!

You can expect lots of attitude to come through on ZaZa’s latest single. The budding star has been hard at work in the studio with her new single that also features the 12-year-old beloved rapper, That Girl Lay Lay.

That’s a No No coming out at midnight bruh 🤣…me and my lil sis @redcarpetgirlz are about to take over!!!! #thatsanono #lilbigdripper #freshrebel

Some may know ZaZa because of her incredible dance skills. The youngster captivated the audience on The Ellen Show a few weeks ago by taking full command of the stage after giving tWitch a whole lot of energy during her interview.

“I’ve been dancing like [for] a couple of weeks,” ZaZa said when asked by tWitch how long she had been in the industry. As for her personality, ZaZa described herself as “bad and bougie, and cute.” She is way too cute!

ZaZa went viral after a video of her dancing to ‘Water’ by ScHoolboy Q. posted to YouTube went viral. What is next for this rising talent? We’ll just have to keep watching ZaZa to find out! For now, check out the music video for ‘That’s A NoNo’ here!