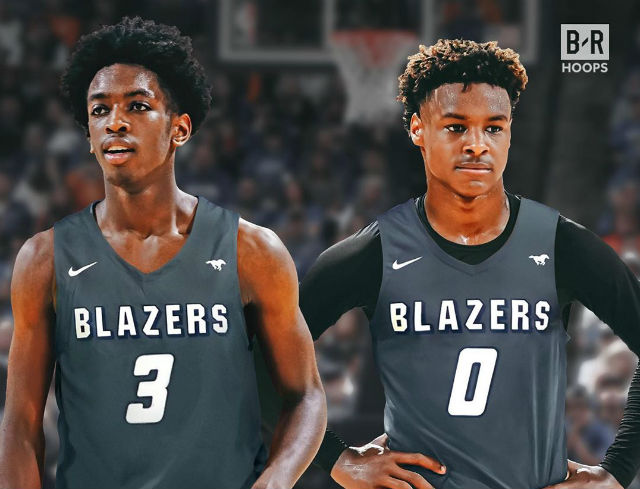 Washington Wizards point guard Isaiah Thomas posted a tongue-in-cheek response to the news on Twitter, saying, “Lol they got more than us.” For comparison, the Washington Wizards are only scheduled for four nationally televised games, including one ESPN game. According to Eric Sondheimer of the Los Angeles Times, the 15-game slate begins on November 21, with ESPN3 streaming Sierra Canyon’s game against Montgomery High School, and the rest of the games will be aired on ESPN2 and ESPNU. Sondheimer also noted that the Southern Section schools that host Sierra Canyon will be paid an undisclosed fee.

As one of the best high school basketball teams in the nation, expectations are high for Sierra Canyon this season, as they finished with a 32-3 record and are the defending CIF (California Interscholastic Federation) State Champions. In addition to Wade and James Jr., Sierra Canyon also features top-ten college recruits; seniors Zaire Williams and B.J Boston and also former UCLA-commit sophomore Amari Bailey and TCU recruit Terren Frank, making for quite a loaded team.

A senior, Wade has already received offers from DePaul, UC Riverside, Toledo, Rhode Island and Nebraska, and could still receive more. On the other hand, freshman James Jr. will be eligible to attend college in 2023 at the earliest. Many predict James Jr. to sign with Duke University due to his father’s friendship with Duke basketball head coach Mike Krzyzewski, who actually attended an EYBL Nike game to watch him play. However, the NBA is widely expected to drop their one-and-done rule in 2020, which would allow high school basketball players to turn pro without attending college or playing overseas, meaning James Jr. could enter the NBA right out of high school as his father did.