Home » NEWS » KOBE BRYANT SAYS HIS YOUNGEST KIDS WILL KNOW HIM AS A STORYTELLER, NOT A BASKETBALL PLAYER

"That Would Be Really, Really Cool" 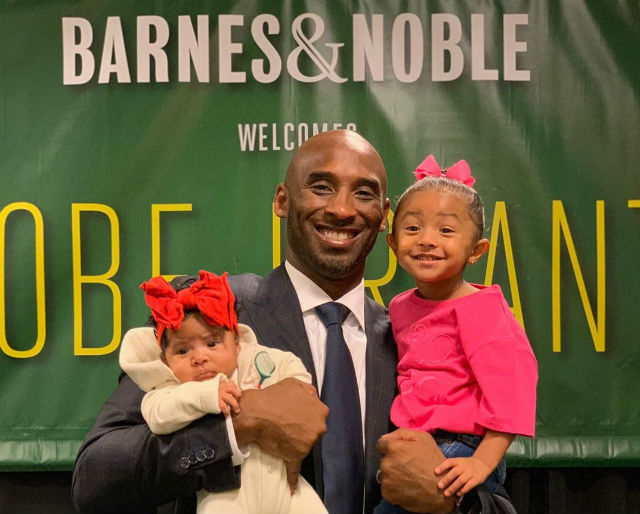 Kobe Bryant’s younger children, Bianka and Capri, will not know him as the NBA champion that his older children, Natalia and Gianna, understand him to be. The celebrity father is totally fine with such an arrangement.

“[Bianka] just doesn’t know. She has never seen me play basketball,” Kobe reveals to CBS News. “She’s too little, so in her mind, dad is just a person that puts out stories,” the celebrity father says.

Kobe Bryant retired from the NBA in 2016. He immediately put his energy into the publishing sector and has produced three children’s books – The Wizenard Series: Training Camp, Legacy and the Queen, and Epoca: The Tree of Ecrof – all of which are meant to inspire kids to pursue all of their ambitions with passion.

“[I want to be remembered] as a person that was able to create stories that inspired their children and families to bond together,” Kobe says of the legacy he hopes to leave behind. “And for the children to dream,” he added. “Then have the initiative to wake up every morning and do all they can to help that dream become a reality, you know, that would be really, really cool.”

Kobe spends a lot of time creating new content for books. He does, however, take time out to help his daughter, Gianna, and her team to develop their basketball skills on the court. Gianna may feel like she has a lot to live up to with her father deemed by many as the Greatest Of All Time (G.O.A.T). Kobe, however, only wants his daughter to give her best effort every time.

“[My ultimate goal is] making sure she knows that I love her whether she plays well or plays like crap,” the celebrity father shares. “[It] doesn’t matter. … You know, you’re my daughter before you’re a basketball player. And it’s important that she knows that that’s how I feel,” Kobe says. “And those aren’t words. You have to behave that way. You have to show her that … After a tough game, you get in the car and it’s forgotten.”