"Parenthood Deepens Your Love For Your Partner" 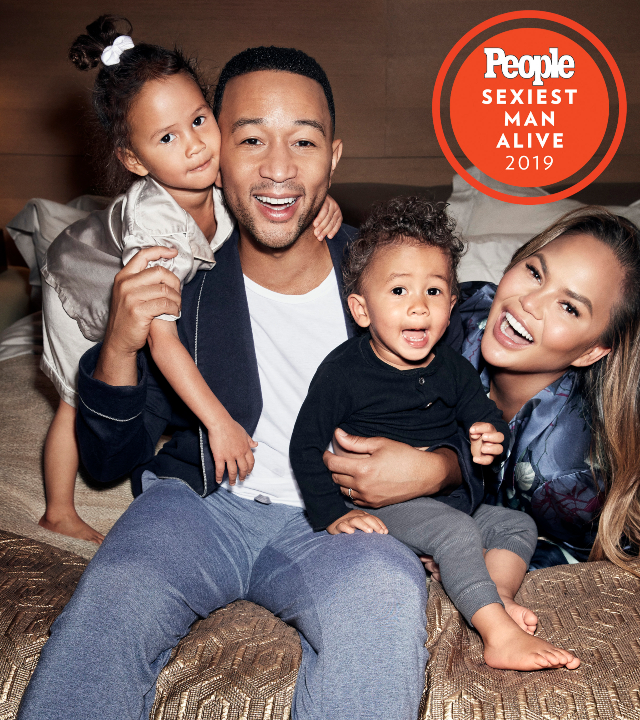 John Legend and Chrissy Teigen get real about parenting in the latest issue of PEOPLE magazine. The celebrity couple talks about everything from Chrissy’s postpartum depression to thriving careers that sometimes keep them away from the home base.

“[Parenthood] deepens your love for your partner because you see them in a different light going through, in our case, the trouble of actually having a kid,” John tells PEOPLE. “Then Chrissy’s going through postpartum depression. You just see different sides of that person, and if you go through it and you learn from it and you come out the other end better for it, then it deepens and strengthens your relationship.”

John Legend and Chrissy Teigen tried to expand their family for several months before conceiving their daughter, Luna Stephens, by way of in-vitro fertilization. Chrissy endured postpartum depression following the birth of her daughter that led to the model staying home instead of being out in the world. The celebrity mom eventually moved forward after the ordeal and was better prepared for post-pregnancy after the arrival of her son, Miles Stephens.

Now, John Legend has a wife and kids to come home to after a hard day of work. The celebrity father tells PEOPLE that his daughter carries Chrissy’s personality.

“I love seeing my kids discover music and playing on the piano with them,” Legend says. “They make us laugh all the time,” he adds. “Luna has a sense of actual comedy. She is so much like Chrissy it’s uncanny. I guess that’s why we get along though,” Legend continues. “We hang out together all the time. I love taking her to school and I’ll take her to lunch just the two of us a lot.”

You can read more about the Stephens, and John Legend’s status as PEOPLE’s pick for this year’s title as Sexiest Man Alive, in the latest issue of PEOPLE. Stay tuned for more celebrity family news!

MALIKA HAQQ HINTS THAT O.T. GENASIS IS HER BABY'S FATHER: 'I MADE A BABY IN LOVE'